Once upon a time, an artist built a following by word of mouth: playing for people live, slowly cultivating fans, and hoping that next time one of those fans would bring a friend. But today, artists can develop a fan base across the world through online platforms.

Case in point: Pop group The Shadowboxers has been wildly successful using Kickstarter, Twitter, and Spotify – they drew more than 1,200 new followers to their Spotify page in just two weeks. But if you ask the Nashville, Tennessee-based trio about their social media prowess, they’ll say they just got lucky.

“We kind of feel like we’ve been accidentally good at the internet,” says The Shadowboxers guitarist and singer Adam Hoffman.

In 2012, the group, comprised of Scott Tyler, Matt Lipkins, and Adam Hoffman, used a Kickstarter campaign to fund their first album, “Red Room.” The next year, the band covered Justin Timberlake’s “Pusher Love Girl” and tweeted the YouTube recording to him. Timberlake retweeted it, and signed the group to his label, Villa 40, soon after. This year, The Shadowboxers are opening for Timberlake on his “Man of the Woods” tour across the U.S. and Europe.

“That tweet was absolutely crazy and blew our minds. It’s still kind of hard to wrap our heads around,” says Hoffman. “In a way we felt, from an artist’s side, prepared for that and we had a fan base at that point who were all incredibly stoked to see that tweet. We weren’t existing totally in a vacuum.”

Luck notwithstanding, The Shadowboxers were ready for their big break. The band had been hard at work performing, creating new music, and perfecting their soulful, R&B-leaning sound. Before connecting with Timberlake, they had written albums’ and albums’ worth of unreleased music dating back to when they first connected in 2007. A selection of those tracks was compiled into an EP, “Apollo,” which was released in March. The collection of six songs includes new material and previously released singles, like “Hot Damn!,” with the influence of Timberlake.

The Shadowboxers open for the first leg (33 shows) of Timberlake’s 110-show “Man of the Woods” tour, which kicked off in March. At the beginning of the tour, the trio was looking for a way to engage with as many fans as possible. Their brainstorming led to a text-to-capture communication that encourages fans to follow the group on Spotify and post about it on Instagram.

“We came up with the idea for the Spotify follow because that’s really what we want – to drive people to our music,” says Hoffman.

You know the message you’ll see on a big screen at a concert or pro sports game, prompting you to send a text to a short number for some sort of cool offer? Fans receive that message just after The Shadowboxers set, and those who participate are signed up for an email list. Their first message from the email list prompts them to post a screenshot to Instagram of the band’s page from their Spotify account, showing that they are following the band on Spotify with the hashtag #TSBbacktage. If they do so, they are entered for a chance to meet the band backstage.

“The coolest takeaway from these interactions, which we were not expecting at all, was the relationship and connection after meeting,” says Lipkins. “We just wanted to connect on a more personal level with some fans, but we’ve made lifelong fans from these interactions just by hanging out with people for 30 minutes after a show.”

For fans of The Shadowboxers – whether or not they won the backstage contest – Spotify keeps them up to date on new music releases, tour schedules, and even what the band has been listening to lately. And for musicians, Spotify for Artists allows them to keep track of their most popular music, and where people are listening. For The Shadowboxers, whose music has appeared on Spotify’s Global Viral 50 and New Music Friday curated playlists, the platform has given the band a geographic reach they’ve never had before.

“We get messages on our socials from people from Europe who have heard the songs. We’ve never played over there so the only way they could have heard the stuff is Spotify,” says Tyler. “That’s a really cool feeling for us.”

The Shadowboxers are currently performing for the first leg of Justin Timberlake’s ‘Man of the Woods’ tour. Check out their remaining tour dates, and follow along on Spotify. 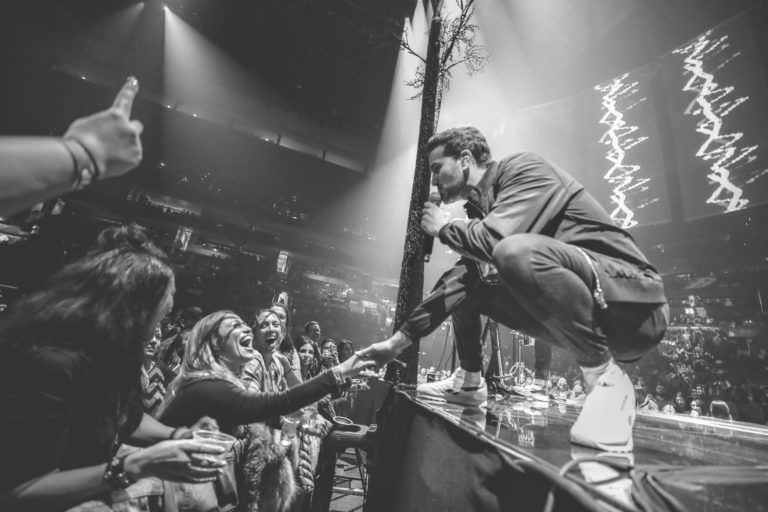 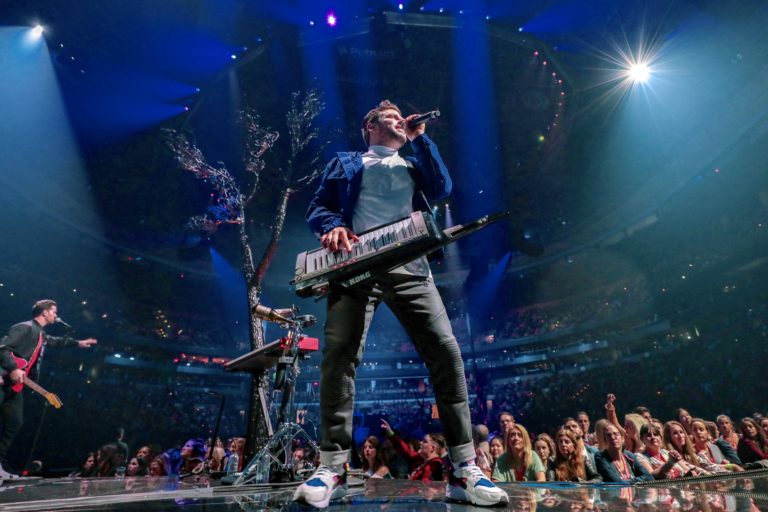 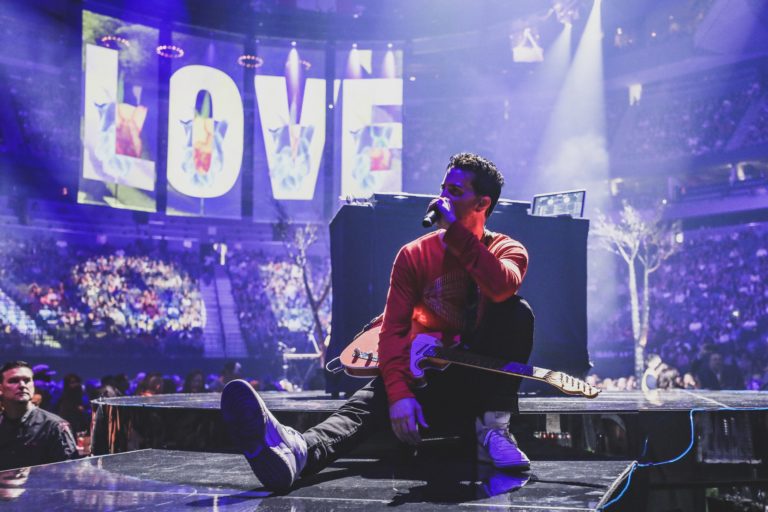 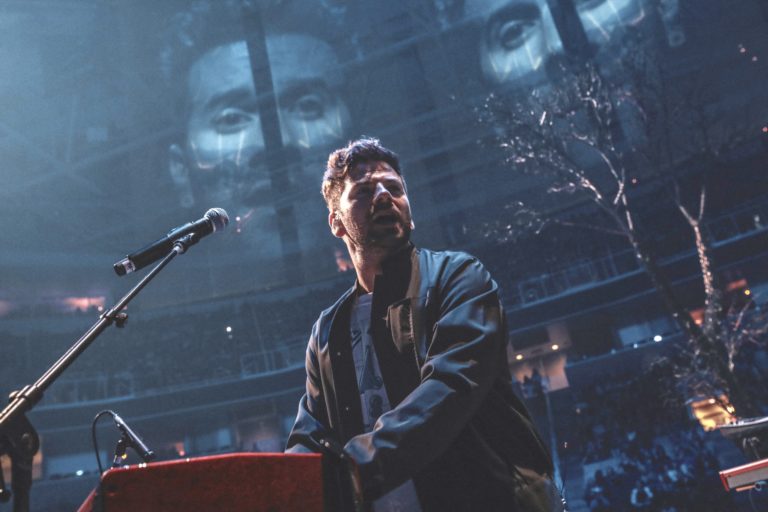 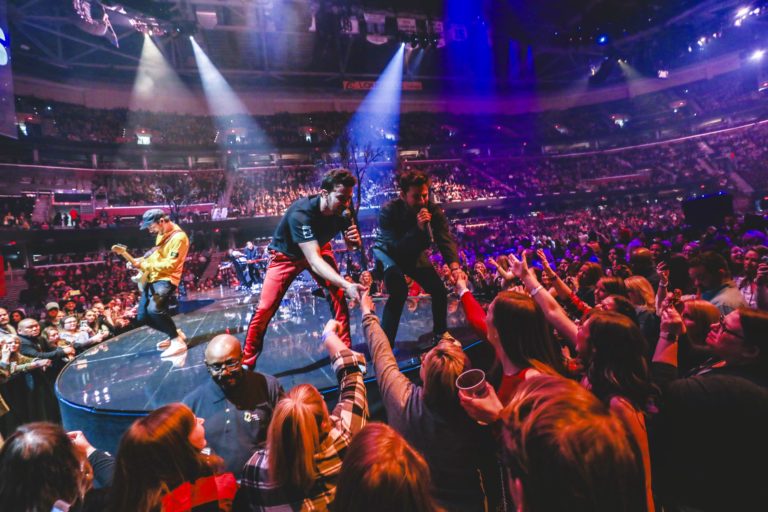 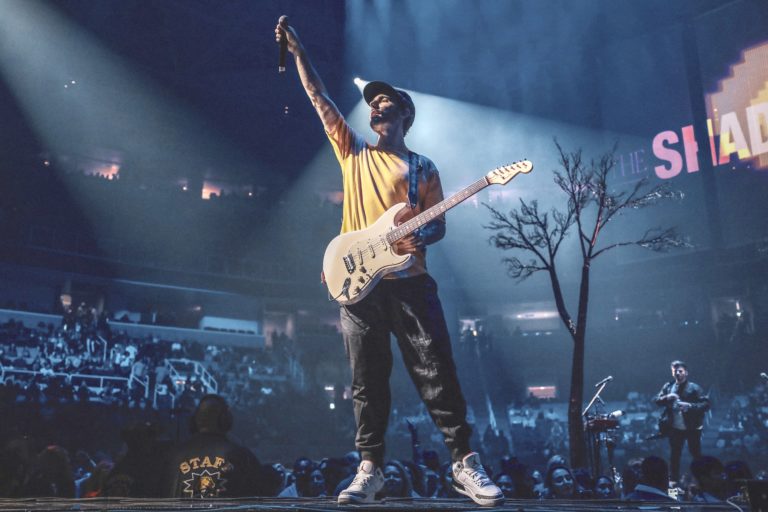