You might think music lessons are for kids, or that if you’ve never picked up an instrument before, your opportunity to play has passed. We don’t think that’s the case, which is why our People Experience team introduced Spotifiers to Rock Band Bootcamp, a program that disproves those theories one sweet guitar riff at a time—and can also help to build an exciting musical future.

To begin Rock Band Bootcamp in our New York office, we enlisted the help of Bob Elliott, founder of Music Makers NY. This summer, Bob and co-instructor Baden Goyo brought students together for collaborative group lessons on guitar, piano, and vocals over the course of eight weeks. However, Bootcamp’s origins go back to Stockholm 2013, when band lessons were offered prior to our first annual Spotify’s Got Talent? show, hosted in collaboration with local performing arts school Kulturama.

“We wanted to give Spotifiers the chance to learn an instrument and work on their acts to enter the talent show,” explains Jordan Deane, People Experience Specialist at Spotify. Now that Rock Band Bootcamp is available in New York and guitar lessons will soon come to London, she hopes they can expand the program to other offices.

We sat in on a New York Bootcamp lesson to find students practicing songs in the genres of pop, rock, and disco, fine-tuning their skills and prepping for the program’s final stretch. But according to participants, the music won’t be stopping any time soon.

“I took guitar 1 and 2 with Bob before, and I was looking to practice guitar more and practice with other people,” says Michael Mazzola, an Android developer at Spotify. “Right now, I don’t have a band, but that would be cool! I would love to start a band.”

For Vikram Chandvankar, a backend engineer, the program isn’t his first foray into music, but it is something entirely new. “I’ve been playing the guitar for 10 months, but in this class I’m a vocalist,” he says. “I was trained to sing Indian classical music in India, a long time back. Now I want to be part of a band and try out singing in English.”

Of course, here at Spotify, music isn’t just a fun hobby; it’s integral to everything we’re about.

“I saw a message that there were guitar lessons available right around when I started at Spotify six months ago,” recalls product manager Joshua Boggs. “I thought it would be awesome. I’ve never played an instrument before, but I love music, and also want to learn more about music … Music is not only essential to Spotify, but it’s an important part of my team.”

Since music is such a major part of Spotify’s DNA, the People Experience team is aiming to integrate it into everyday life at the office. “Many Spotifiers are musicians themselves. We have a thriving musicians club in our New York office and a Studio Club in our Stockholm office, and we also regularly host events where employees take the spotlight and entertain and amaze their colleagues,” Jordan explains.

“This is also what brought us to create the music lessons. It seemed like the perfect storm of bringing people together and engaging those with the enthusiasm to learn or develop a hobby.”

And for some Spotifiers, music is no longer just a hobby—some of the program’s former students have now transitioned into real, working (and recording!) musicians. That’s what happened when Meredith Humphrey, Global Community Manager at Spotify in Stockholm, formed her band, Case Deflection.

“In February 2016, the People Experience Events team offered music lessons in a band format,” she remembers. “My bandmates and I had a lot of fun at the lesson and realized we played well together. Very soon after the lessons, Spotify announced the Spotify’s Got Talent? show. When we decided to sign up, it pushed us to learn more songs quickly. We just kept going—signing up for other talent nights at Spotify and booking regular practice sessions together.”

The future seems bright for Case Deflection, and for many other Spotifiers who’ve pursued our music programs. “Right now we’re working on writing and recording some Case Deflection originals and seeing what other shows we can book in Stockholm,” Meredith says. “Of course, we’re still playing at every open mic night at the Spotify office, which is awesome. It’s pushed us as musicians and opened up doors that we couldn’t have imagined.”

Check out more of our behind-the-scenes Rock Band Bootcamp photos below. 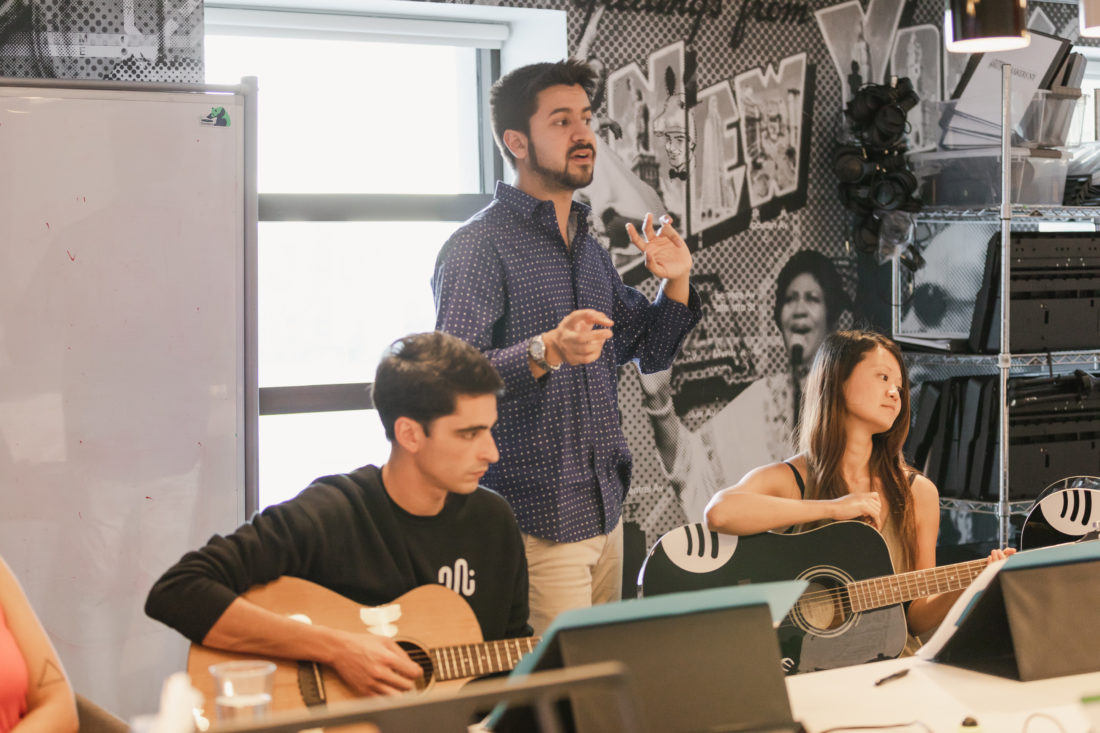 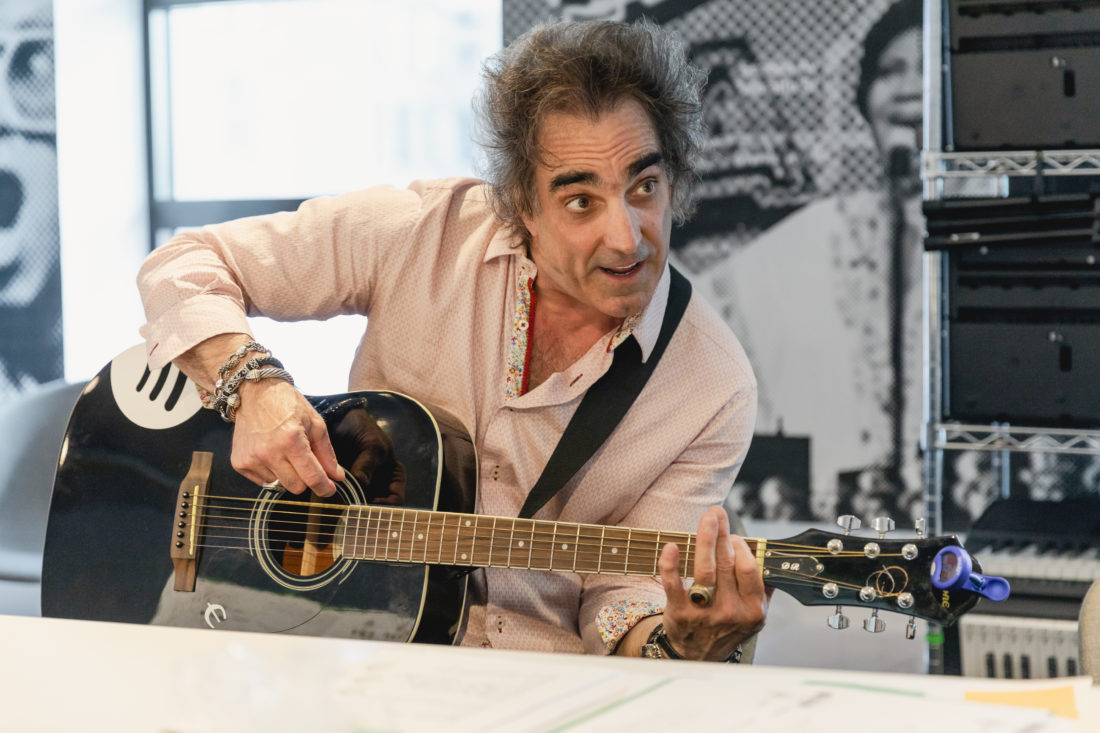 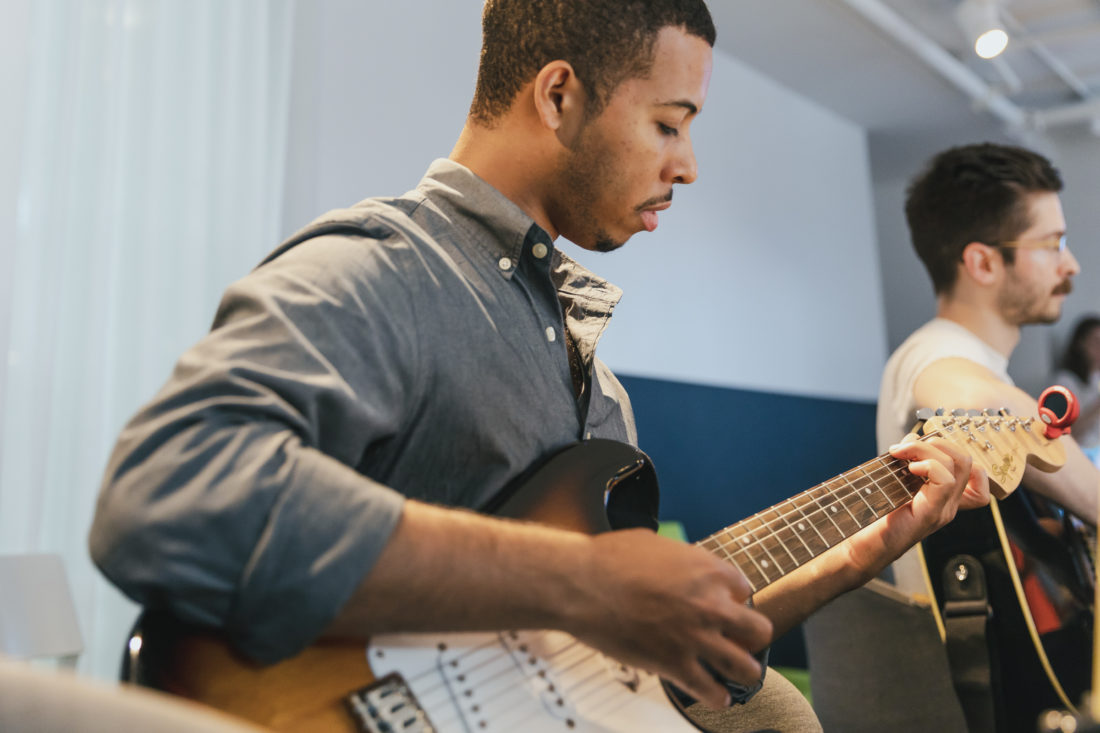 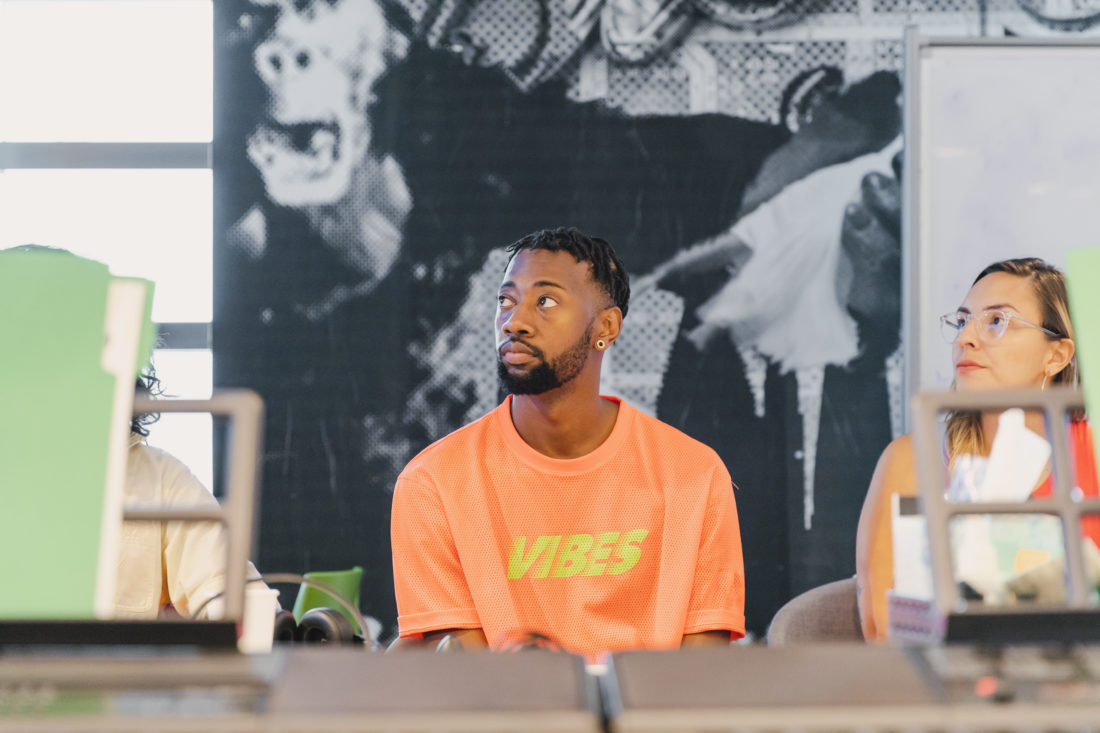 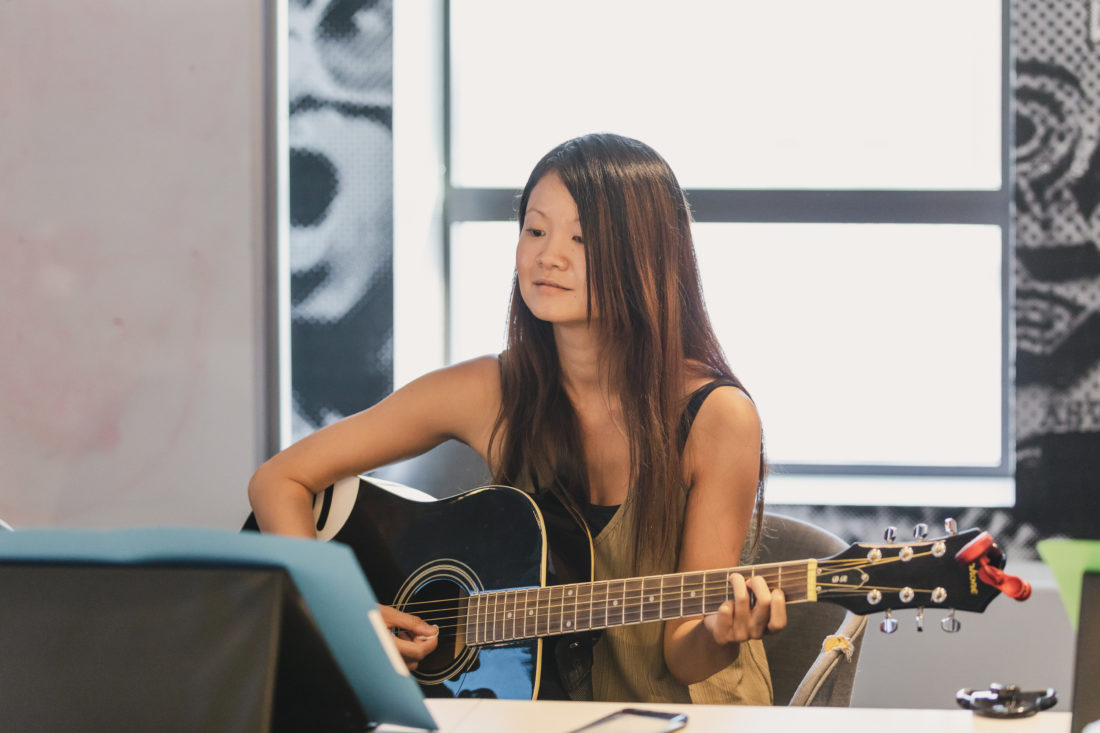