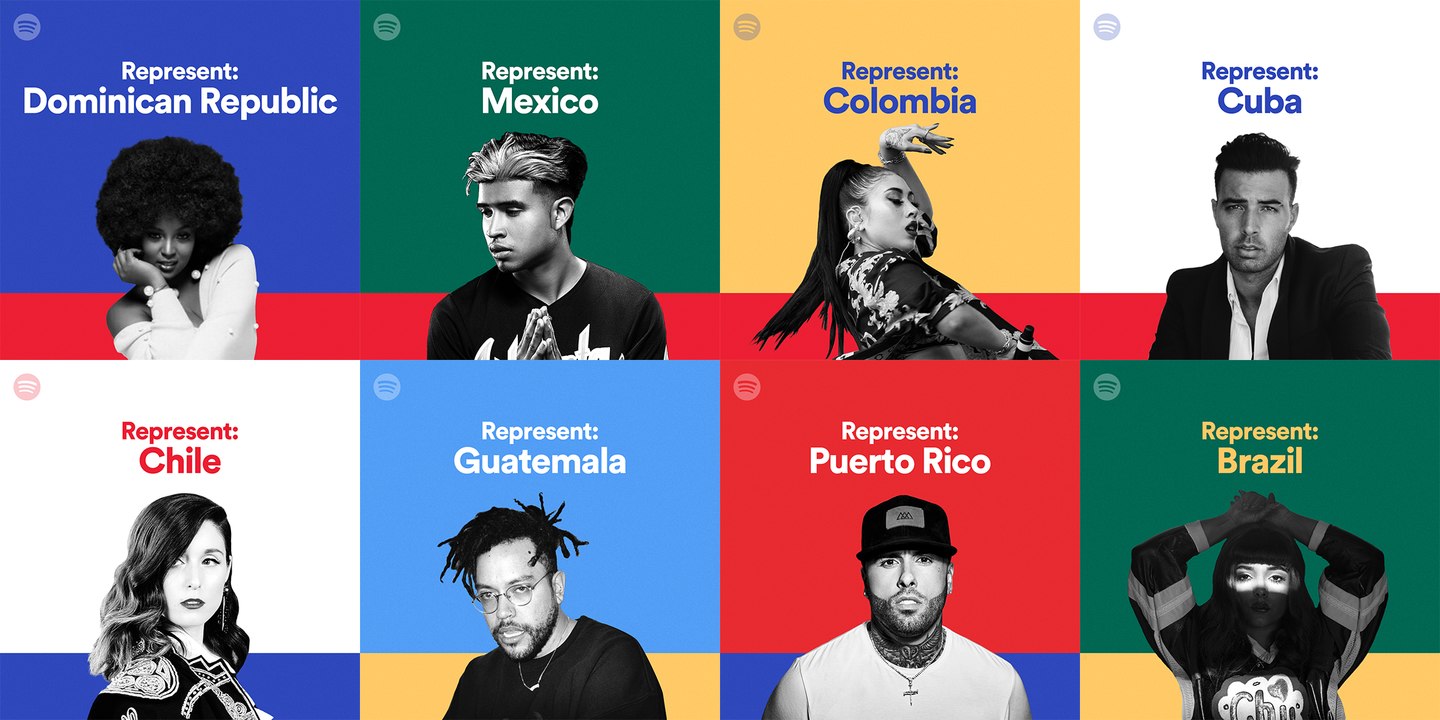 Latin music—from salsa to bachata and reggaeton—has greatly influenced pop music in America, culminating in record-breaking mainstream hits like “Havana” and “Despacito.” Every year during Hispanic Heritage Month (September 15 to October 15), Spotify celebrates the diversity, uniqueness, and unification of Hispanic culture by showcasing the stories behind Latinx artists’ curated playlists and videos—and honoring the impact they’ve made on American music and culture.

“For this year’s Hispanic Heritage Month, we really wanted to celebrate the richness of US Latinx culture by shining a light on the new wave of artists who represent for the diaspora,” says Rocío Guerrero, Head of Global Cultures at Spotify. “From Camila Cabello to Nicky Jam and Kali Uchis to Cuco, there’s an incredibly deep talent pool of Latinx artists who are connecting with fans and creating music that reflects no language or cultural boundaries.”

“With new playlists like 100% LatinX, LatinX Indie, New Tejano and Bodega Sounds, our vision is to help more fans discover music that reflects their unique experience in the world,” explains Rocío.

Rising stars like Jarina de Marco and Jencarlos Canela were given the spotlight to create playlists of their own, along with 6 other Hispanic artists. Their takeovers included favorite tracks and accompanying videos in which they reminisced on the importance of Hispanic Heritage Month.

“Our community is a melting pot of African, Native, and Iberian cultures, all mixed and represented in our music, food, and languages,” explains Jarina. “There is so much to discover, which is why Hispanic Heritage Month is the perfect opportunity to delve more deeply into the history of our ancestors and help create an intimate knowledge of the role that the Latinx community has played in U.S. history.”

“It is important to recognize and celebrate our culture more than ever,” Jencarlos says. “Our Hispanic heritage is so rich in diversity and stories we just need to learn to love ourselves and support one another more and more. We already have our place in history it’s up to us to claim our place in the present and future. That is why, if you ask me if it is important to celebrate HHM, I say ‘let’s do it BIG AND LOUD BABY.’ That’s how we do!”

Celebrate Hispanic Heritage Month big and loud with some of the songs from each Represent! Playlist–including some from Jarina and Jencarlos—that showcase the diversity and unity across the Latin diaspora.

The 24-year-old Mexican-American rapper, singer, collaborator, and actor who was born and raised near Atlanta, Georgia, has said in past interviews that he hopes to unite his Mexican heritage with the culture of the African-American neighborhood in which he grew up. Check out:

Born and raised by Cuban parents in Miami, Jencarlos got his start by starring in Pecados Ajenos, a popular telenovela on Telemundo. In 2009, Jencarlos created his first solo album, Buscamé, and has since landed major hits with “Tu Cuerpo,” “Bajito,” “Dime,” and “Mi Corazon Insiste.” He loves:

Singer/songwriter, artist, and music video director Kali Uchis was born in Colombia and moved to Virginia with her family as a child. Some of Kali Uchis’ greatest hits include “Get You,” “Know What I Want,” and “Lottery.” Try:

Amara, the daughter of a Dominican immigrant, rose to fame in the U.S. on the first season of VH1’s Love and Hip Hop: Miami. “Hispanic Heritage Month is a time to celebrate the beautiful culture of being Latin,” she says. “I am very proud to be Hispanic. I celebrate being Latina everyday and this month gives more of an opportunity to educate the public on the beauty of our diversity, food, culture and language.” Her hits include “Insecure,” “Ayy,” “Asi,” and “Dutty Wine.” If you love her, you might enjoy:

Jarina De Marco was born in the Dominican Republic, but grew up in Brazil and later lived in Brooklyn and Los Angeles. Jarina’s music reflects her diverse background, unifying her various cultural experiences in a unique form of folkloric tropical pop. Her songs include “Paranavigar,” “Tigre,” “Bilingual,” and “STFU.” Go to her playlist for:

Valenzuela was born in San Francisco but moved to Chile at age 12, which is where her music career and fame took off. Her hits include “Dulce,” “Afortunada,” Tómame,” and “Muleta.” Check out:

Baez is a Guatemalan-American R&B musician who is known as one of the first R&B artists from Guatemala and the Central American region. His hits include “Quiero Saber,” “Rihanna,” “Mama Lola,” and “Sabor.” His playlist includes:

Visit the LatinX hub through October 15 for more selections that celebrate Hispanic Heritage Month. But don’t worry – you can still find great Latinx music on Spotify. 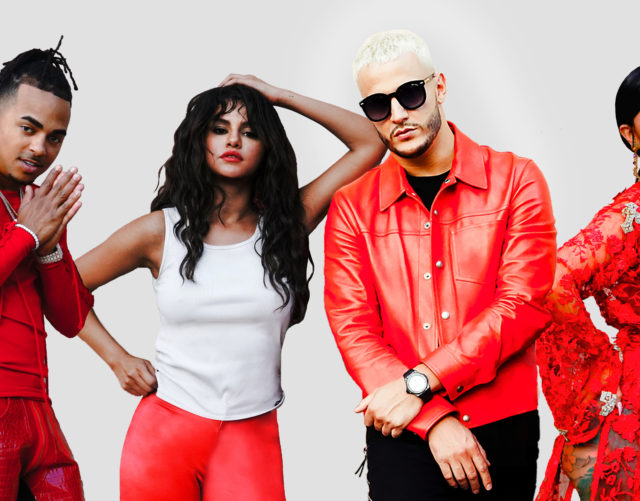 Read More: Riding the Rhythm of the Colombian Music Explosion 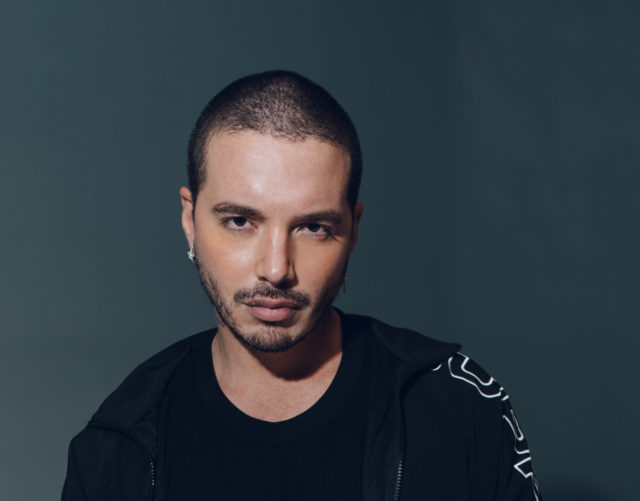 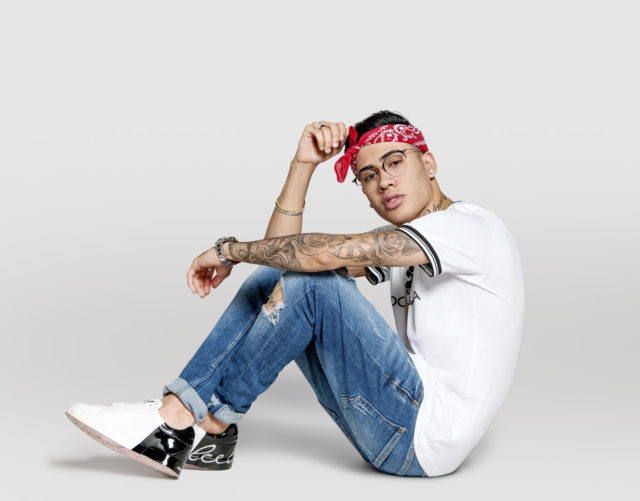