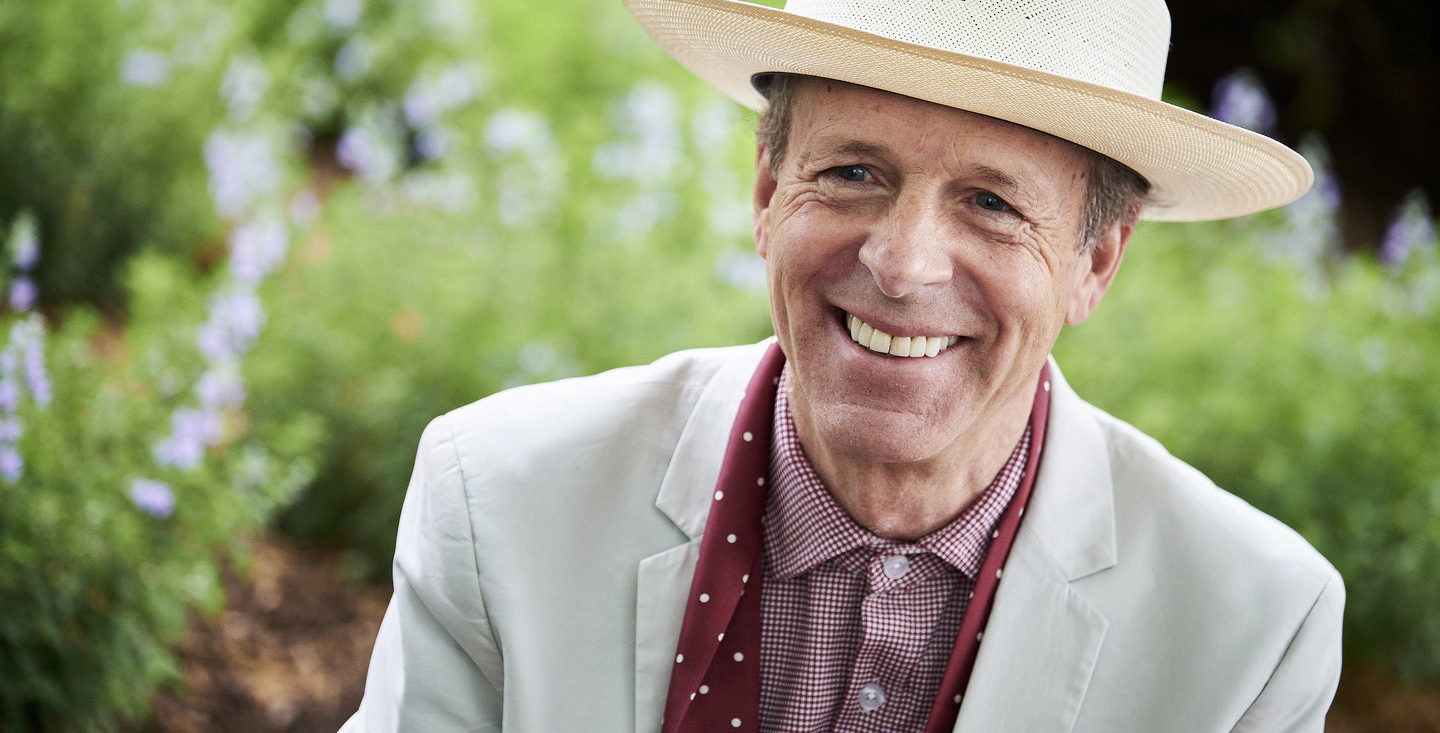 Currently, he’s cocreator, cohost, and producer for The Circus: Inside the Wildest Political Show on Earth, a nonpartisan, behind-the-scenes look at the present U.S. political climate. What started as solely an election-year feature has exceeded even its producers’ expectations, now trapezing through a third season and making waves as the first real-time documentary of its kind.

We caught Mark before his JFK→LAX flight for an exclusive Spotify interview. But with a jack-of-all-trades, you don’t just talk politics—you connect the dots between songwriting, speeches, and storytelling.

Q: You’re best known for your work in politics, but before that, you were a songwriter in Nashville with Kris Kristofferson. How did you make the switch?

I ran away from home to Nashville when I was in the middle of high school. Kris Kristofferson was very generous and let me live in his apartment for about three years. It was when he was taking on a lot of films, so he wasn’t around a lot. It was a wonderful chapter in my life. The only problem was that I was not a very good songwriter. One of the toughest decisions I ever made was to sort of admit that I sucked.

I ended up in Austin playing music and had to come to grips with the fact that on the road I was on, if I was lucky, I was gonna be the second act at the Austin Holiday Inn when I was 50. And I just thought, ‘Maybe I should try something different.’ 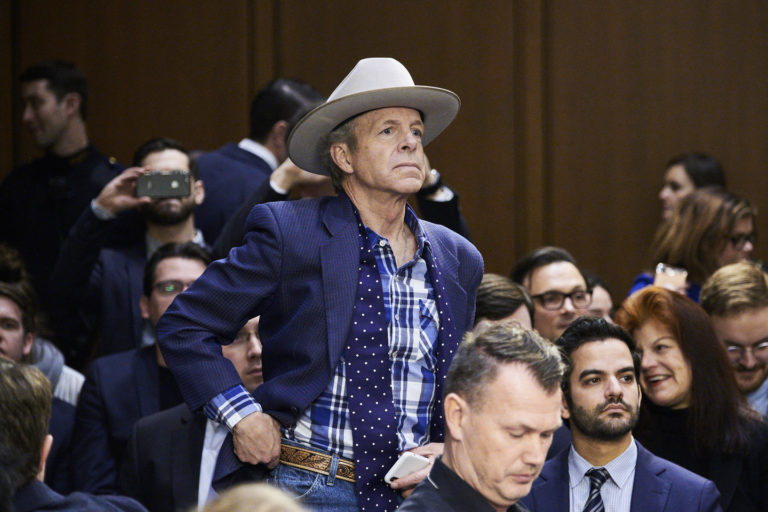 So I did. I always loved politics and journalism so I got into both of those things by writing about politics. Then, a local state senator named Lloyd Doggett ran for the U.S. Senate in 1984. This was James Carville’s—who famously went on to help elect Bill Clinton—first campaign. I got connected to the campaign and learned from him.

Q: Many songs have become part of the stories of their campaigns—“Happy Days Are Here Again” with FDR; “Don’t Stop” with Bill Clinton. Is there an art behind choosing a campaign song?

It’s been fascinating to watch as music becomes an increasingly important component of campaigns. Campaigns have become much more scripted, in the sense that you’re creating a feeling at the rallies, which makes it a cultural event and not just a political one. What voters really want is authenticity and the things that remind them of where they came from. Music does that. Those decisions send signals to the audience about who you are, where you come from, what you like, and what you stand for.

Music immediately flips a switch on human emotions. It can take people back to another time in their lives when maybe things were better, happier. It certainly has a nostalgic component; it also has a whip-em-up component, a patriotic component, a kick-their-ass component. It triggers all kinds of things that have emotional residence, which political speeches don’t. Music acts as foreplay for people to come out and give these dry, horrible speeches and still resonate with the crowd.

Q: On The Circus, you chronicle the way that politics has changed. How has 24/7 media coverage affected the way people think about and engage in political conversation?

I’ve seen a lot of political documentary work and as good as it often is, it’s ancient. In other words, there was a documentary about Mitt Romney that came out like six months after his election. It was some fascinating insight into him and his character and I think a lot of people, including me, saw that and said, ‘Gee, where was that guy during the campaign?’

So part of my inspiration for The Circus was, ‘I wanna do this in real time, I wanna really be in the cockpit of the campaign.’ Show these candidates in their complexities in a way that people can see it, not six months or a year after, but when it’s happening. Combine that with a media environment in which everything is right in front of people, not just on the hour, but on the minute.

I actually pitched this show for 10 years before it got the green light in this last election. Nobody had done anything like this—produced a documentary in a week—ever before. We threw together 60 people covering 18 different candidates across America, all in a week. I was almost certain that we wouldn’t get our show on the air until the very last minute. It’s like having an election every Sunday, and then getting up the next morning and doing it again. 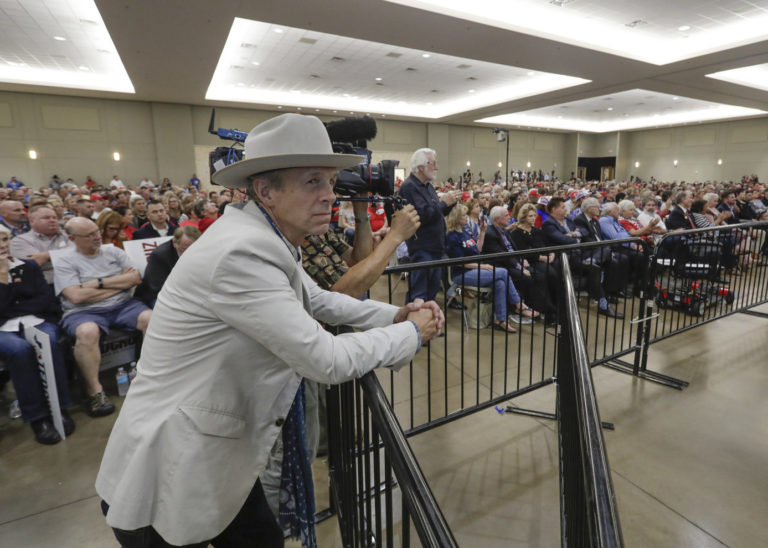 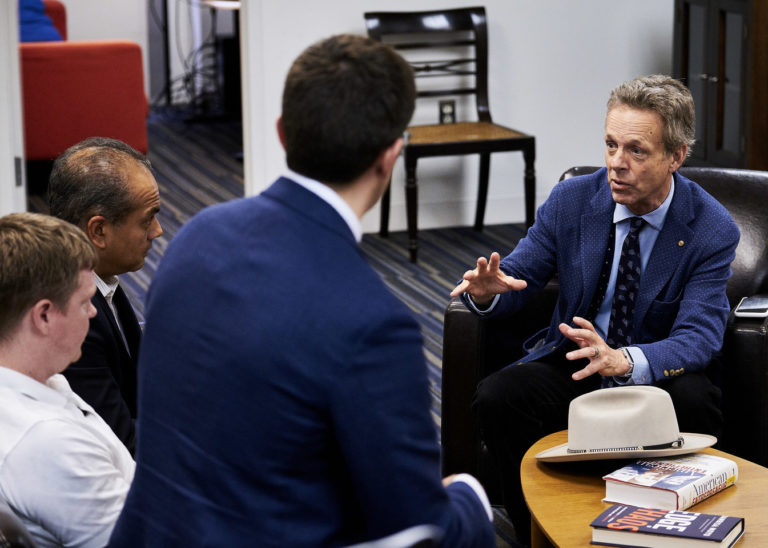 Q: What do you like to watch, listen to, or read that does a good job of telling the story of the political climate and what’s been going on?

I try to consume everything possible, and of course everything on Showtime. I think they have really stepped up to cover a lot of political real estate.

Axios—that’s mandatory reading—those are the guys who came out of Politico. I love David Axelrod’s podcast. So you know, I try to consume as much as I can. I think information is important to better understanding, and the information we’re getting is so much better than it used to be. I can find media on any topic through a podcast or show. With streaming, we have this huge buffet of information and we can go pick whatever we want.

Q: And when it comes to discovering new music?

My favorite days of the week are Friday and Monday because Friday is Release Radar and Monday is new Discover Weekly. Love it.

Stream The Circus Sundays on SHOWTIME—and catch up with the show’s Spotify playlist.