It’s estimated that less than five percent of all audio professionals are women. In August 2018, Spotify created the EQL Residency in partnership with Berklee College of Music. Half a year later, it’s loud and clear that this program is supporting hands-on career development for female studio engineers.

During their paid six-month residencies, one participant in each of three cities (London, Nashville, and New York) worked in studios and gained access to networking and mentoring opportunities. “They also received support and mentoring from an impressive group of female Berklee department chairs and me from day one of EQL,” said Dr. Darla Hanley, Berklee Professional Education Division Dean. “The Berklee partnership with Spotify changed the game and gave the EQL recipients a unique opportunity to explore, work, and grow.”

Now, in celebration of Women’s History Month, we’re proud to present the EQL residency final project, in which all three residents gathered with reggaeton royalty Ivy Queen to reimagine her anthem “Quiero Bailar” with a women-led team.

“Ivy Queen is a legend who has been talking about—and been a role model for—empowerment throughout her career,” says Spotify Director of Social Impact Kerry Steib. Her song was performed, engineered, mixed, and mastered by nearly all women.

“Women are more than just hair and makeup and stylists. It’s my job as a leading female to make sure they are given a chance. I have the power to make that happen by using my influence, and it is something that I am very aware of as I continue this journey.” — Ivy Queen

In February, Spotify recorded “Quiero Bailar” at Electric Lady Studios in New York City. Today, on International Women’s Day, we’re releasing it and the video we filmed in the studio on our ¡Viva Latino! Playlist—as well as going behind the scenes in an interview with the women who helped to create it.

Tell us a little bit about the day with Ivy.

Taylor Pollock, Nashville Studio Resident: It was intense but in the best way possible—nonstop from start to finish. We arrived at 8:00 a.m. and didn’t leave until around 8:00 p.m. Everyone was moving so fast. It was also so exciting to work with not only all-female engineers, but also an all-female video crew. I was in a studio surrounded by all women, recording a female artist. I really hope I get to experience that again in the future.

Ramera Abraham, London Studio Resident: It was amazing to work alongside such a strong and accomplished reggaeton icon who was just as excited to work with us as we were with her. The day was filled with positive energy, nervous excitement, and support from all angles. We had our mentors from Berklee present as well, which contributed so much to the experience. 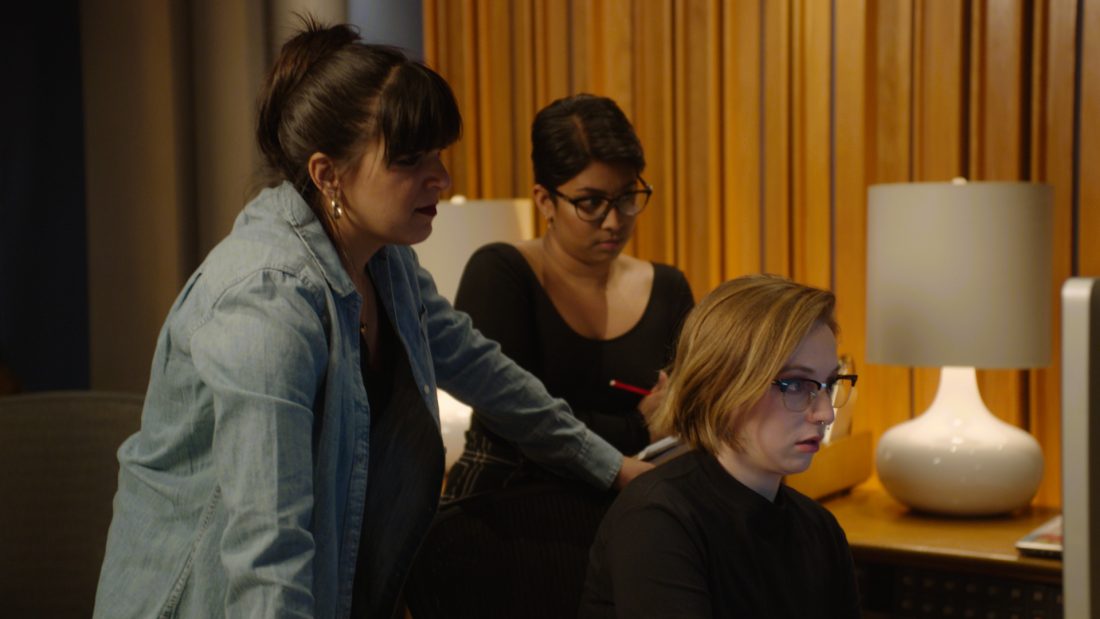 What is something you learned throughout the residency that you used during Ivy’s session?

Taylor Pollock: During my residency, I got very quick with recording and editing in Pro Tools, as I have been recording and comping vocals almost every day in the studio. This helped move the session at a pace Ivy was used to that allowed us to get the job done.

Jeanne Montalvo, NYC Studio Resident: I think more of what I learned has come into play in the post-production work. I’ve always struggled with mixing and felt insecure to the point where I wouldn’t complete a project myself. So I used this time to really work on how to improve that. I committed to the decisions I suggested, and with each revision we came closer to a point where Ivy was happy. 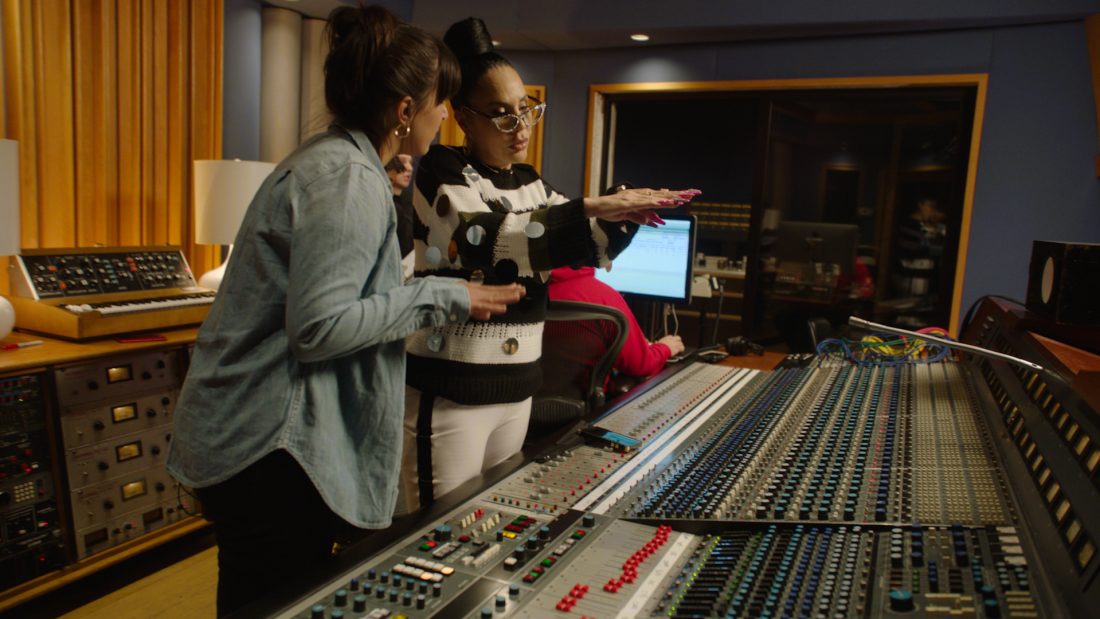 What did you take away from the experience of working with such established engineers, producers, and artists?

Ramera Abraham: This experience taught me a lot about how female professionals at various stages of their career can build each other up and create a safety net of support. Ivy expressed multiple times how grateful and excited she was to be working with the EQL team, often offering us words of encouragement like, “We’ve got this, ladies!” Her enthusiasm had a positive effect on our workflow and kept us on our toes.

Jeanne Montalvo: I learned a lot of tricks about mixing this genre of music. I’d always worked in jazz, Latin jazz, and classical prior to this, so getting thrown into reggaeton was really great. I’ve always admired Ivy Queen; since the first time I ever heard “Quiero Bailar” on my college radio, it became my anthem—it was everybody’s anthem. It’s hard to find a song in Latin music that is purely about women’s empowerment, and she managed to create one that holds true even more today than it did then. 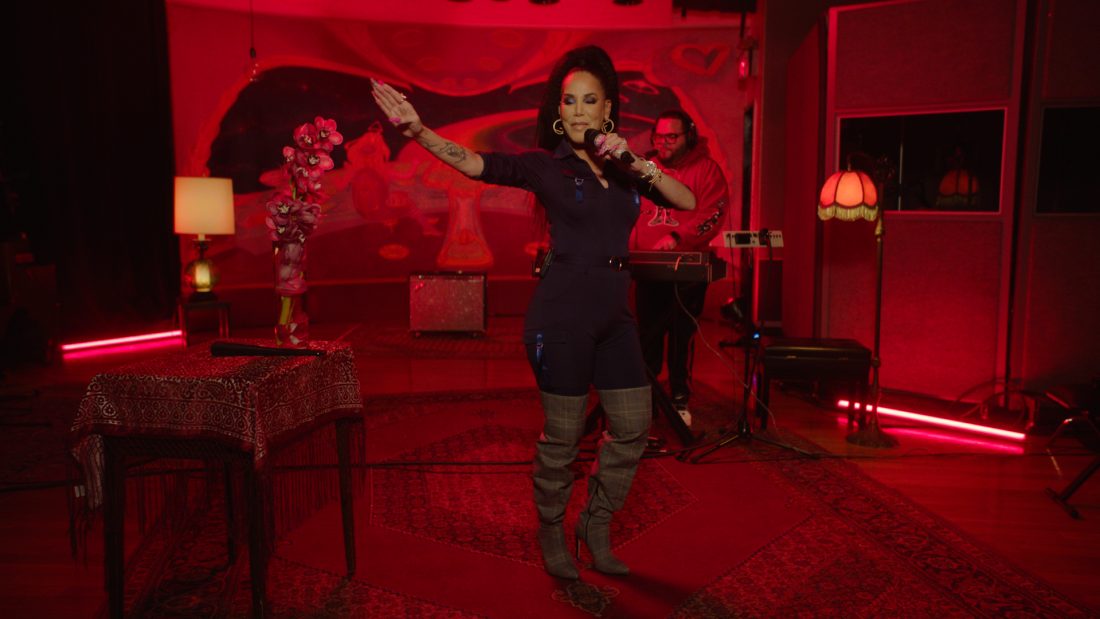 What’s next up for the EQL Residency? “Opening applications for our second class,” says Kerry. “We’ve worked with our first class of residents and our mentors from Berklee to provide insight into how we can make this program more supportive and successful. We’re thinking about new cities, new partnerships, and new ways to nurture incredible female talent in the studio. And we can’t wait.”

Take a listen to the remastered “Quiero Bailar” below.