NASA astronaut Christina Koch may have spent 328 consecutive days floating in space (the longest-ever single spaceflight for a woman), but her love for all things audio kept her firmly grounded throughout the journey.

As part of celebrating Women’s History Month, For the Record recently spoke with Christina to talk about the role of podcasts and music for her and the crew, as well as her friends and family back on Earth. Read on to hear from Christina how Spotify was no “Space Oddity” on board and to check out some amazing photos from outer space. 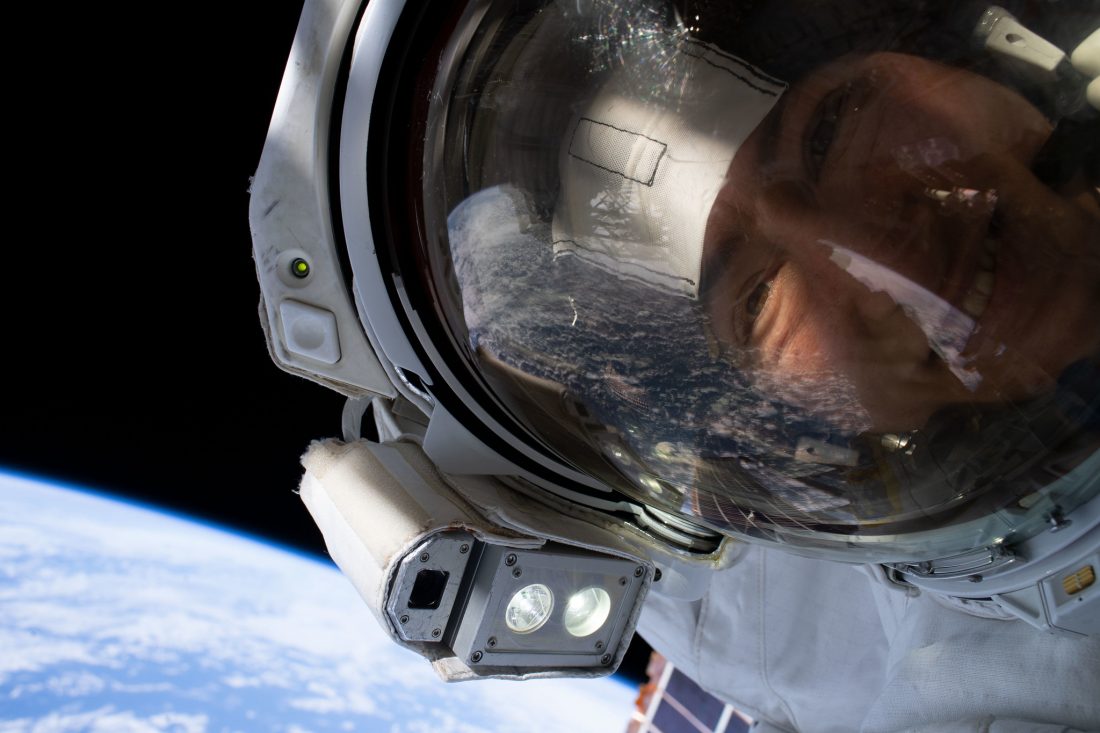 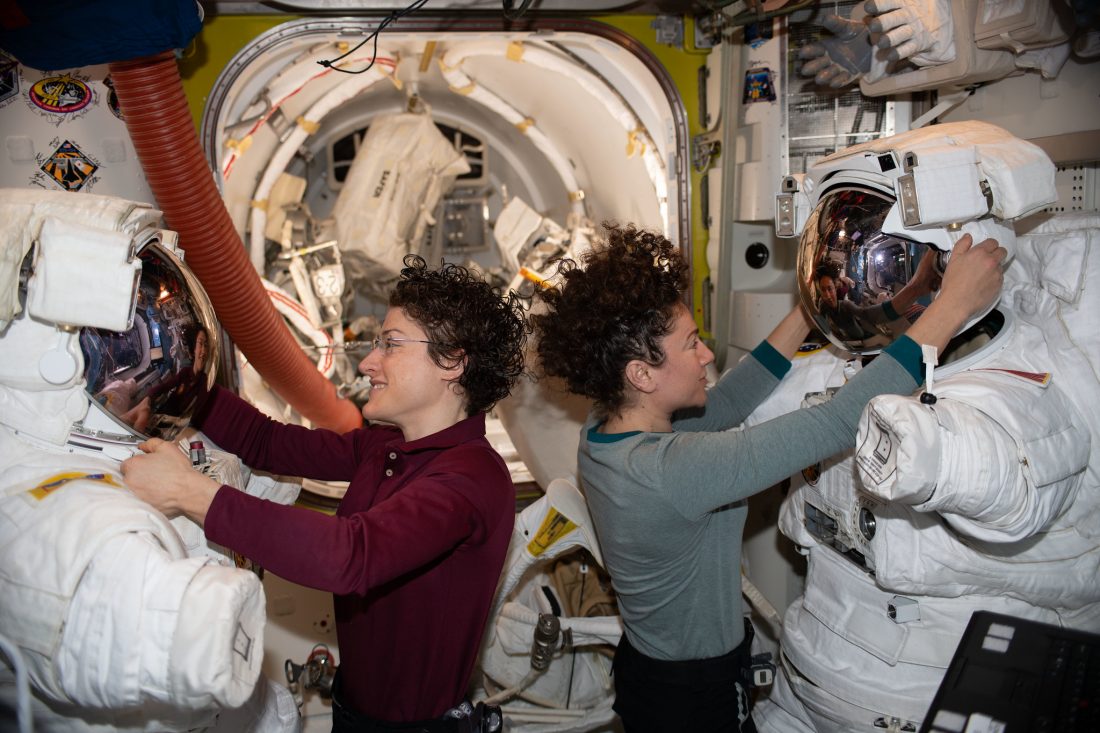 Can you tell us about the role music played during your historic mission?

For me, music is really important and it has been for many, many years. It’s something that my husband and I bond over. Even before the mission started, there was about a year of really intensive training that had me over in Russia for most of 2018. We started thinking about ways that we can stay connected when I’m gone, something that we could carry forward when I was on the Space Station, and we came up with the idea of playlists.

My husband would make playlists for every chapter in the preparation process. It was a way that we could share songs that we loved and a way that I could have a soundtrack for the things I was going through.

The playlists were also a really awesome way for us to stay connected aboard the Space Station, where everything from what we ate to what we wore was all predetermined and there wasn’t a lot of choice involved in the day-to-day. I listened to streaming music on board—whether I was working out, doing cargo, or running around handling the mundane tasks throughout the station—while sitting in the cupola watching the Earth go by. There were different things and different soundtracks that defined those times while I was onboard the Space Station, so for me it really got me through and was a very important part of my life onboard. 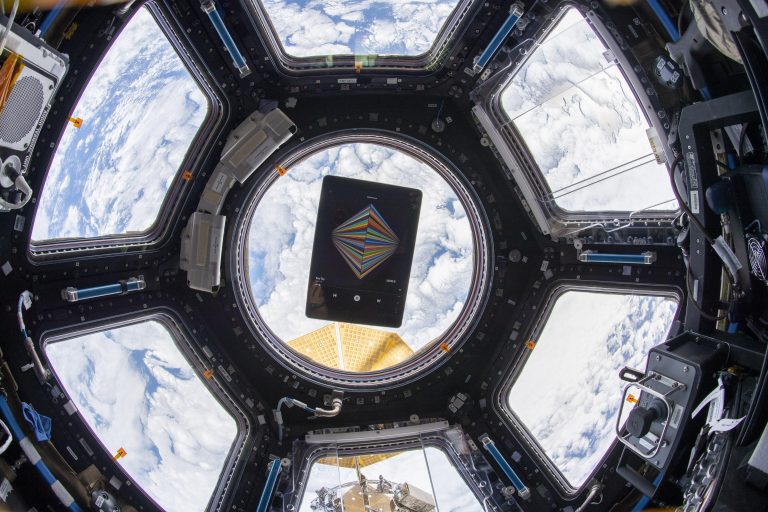 Is there one song in particular that you would say you listened to most during orbit?

I listened to a lot of different playlists that my husband would make for me, but in terms of one exact song, there’s a story behind it. The song is called “Always” by the artist Shook, and it was one that my husband put on a playlist. It really stuck out to me because it has a line that says “always on my mind,” so it was something that resonated while we were apart for so many months.

Around last October, my husband and I had our anniversary. We’ve spent many anniversaries apart, unfortunately, but I wanted to make this one special. Since I couldn’t buy him a gift, I decided to learn how to play that song on the keyboard. We actually have a keyboard on the Space Station, and I am not musically inclined, but I listened to the song over and over again using Spotify. I was able to actually figure out how to play it between that and a little bit of help from my more musically inclined crewmate, Luca Parmitano.

I ended up playing the song for my husband on a video chat that we did on our anniversary, and it was really special—probably one of the most special moments of my entire flight. And, interestingly, the very next day I had a spacewalk, and because I had listened to “Always” so many times in the days leading up to it, it was on repeat in my head the entire spacewalk. 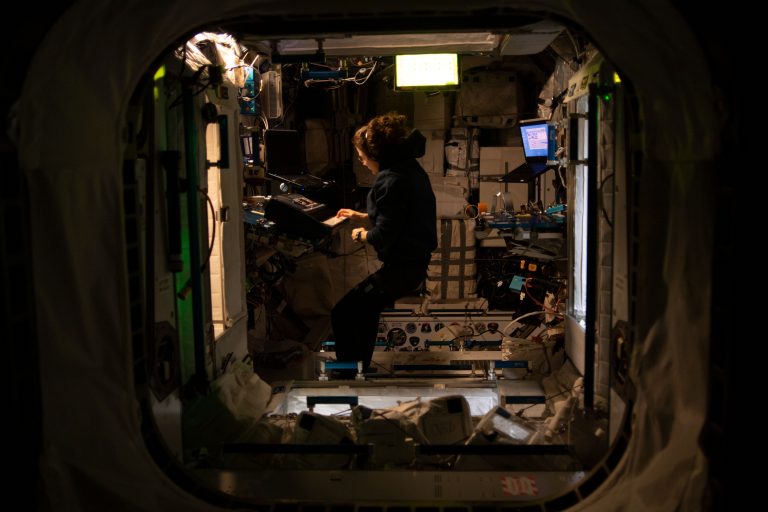 Did you or your fellow crew members have any jam sessions onboard the spacecraft?

We did have jam sessions and people were really into it. We had a guitar, a saxophone, a piccolo, and, for people like me, a maraca. I really tried to both be able to shake it and sing at the same time! That was highly challenging for me, but I was able to participate.

We used to do covers of Weezer songs. We actually had a battle of the bands with some of my friends that live in San Diego. We also played Christmas songs for our ground team and mission control at Christmas-time.

We hear that the crew did karaoke in space. How did you manage to pull that off? And was your song choice different than your go-to karaoke song on Earth?

Well, we did it usually as an entire crew on the weekend, including the Russian crew members, and we did it with streaming video services. I would say my choices were a little bit different, but I’m hoping I can bring some of them back to be my go-tos on Earth. The reason they were different was because we tried to pick ones that either had cultural relevance both in Russia and the U.S., or even Russian lyrics. So, one is called “American Boy,” and it’s by the Russian ’80s female pop band Kombinaciya. That was definitely one of our go-tos because we had one American boy on our mission in Expedition 61, so he was the star of the show for that one. Some unforgettable memories there.

What about podcasts? Did any podcasts make it into orbit?

Yes, I’m a huge podcast fan. It was really fun to be able to keep in touch with the news, but also culture and the like through podcasts. Some of my favorites are the NPR news-related podcasts. Throughline was one that I actually discovered while I was on board that I found to be really informative historically. Radiolab is another one that I really like, and then I was able to even find some smaller podcasts that were just a little bit different (for example, one called The Memory Palace, which has more of a storytelling take on history).

How has your music or podcast preference changed, if at all, since returning to Earth?

It’s interesting. I find that I mostly listen to the same stuff. I listened to a podcast called Houston We Have a Podcast a lot in orbit. It would keep me connected with the latest and greatest going on at NASA and the human spaceflight program. So I used that a lot, but now that I’m back here at NASA, I find I don’t necessarily need to listen to that one regularly.

If you could name one song or genre that sums up your time in space, what would it be?

There was one song that stuck out, sometimes when I just really needed a boost, and it’s called “Line of Sight” by Odesza. The genre, I think you can tell from the playlists I made [on Spotify], would be indie. Some of the lyrics and the songs really spoke to me at different times: like needing to dig deep to keep going, and also missing people that you love. Having the beat and the emotional content behind it—that just really resonated with me a lot up there.

What was it like being in space during the 50th anniversary of the Apollo 11 moon landing?

We wanted to do everything we could to commemorate that mission. Some of my crewmates brought models and outfits like old Apollo flight controllers and people from mission control, and we dressed up. And my thought was, what about music? What were they listening to during the mission? What if we listened to the same songs that they were listening to on their way to the moon?

I did a little digging and found an article online that referenced an Apollo 11 playlist that was apparently available on Spotify. And at that time they actually would record the music on tape and play it for themselves on board. And so, on the actual 50th anniversary itself of the moon landing, we played the Apollo 11 soundtrack all day and had it up on board as a way to commemorate the mission, both in that way and the other ways. That was a really neat story. 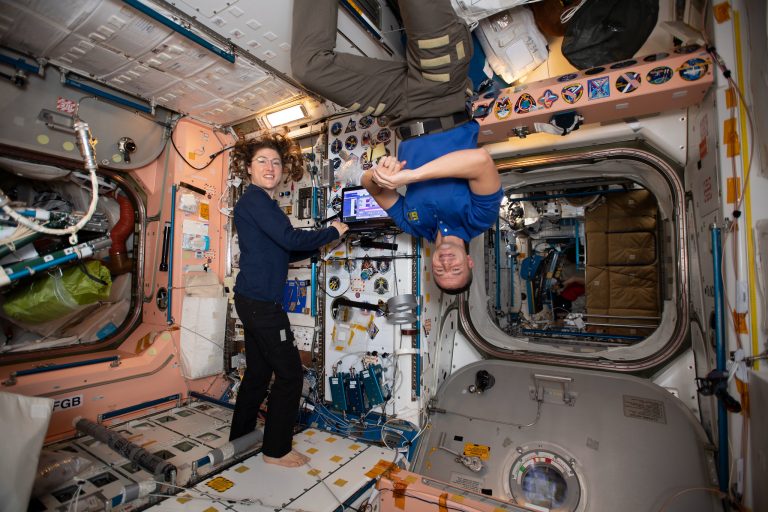