When the weather’s warm, the weekends long, and the cocktails crafted using blue curaçao, there’s no better music than yacht rock—the soft, smooth sounds released between roughly 1976 and 1984 that typically feature vocals and keyboards with guitars barely audible in the background. Yet, this genre of music didn’t even have a name until a few years ago.

Artists like the Eagles, Fleetwood Mac, and Chicago were once viewed as belonging to an adult-contemporary, soft-rock bridge between ’70s disco and ’80s arena rock. But in 2005, a few friends noticed that several artists’ albums of the era had boats on their covers. They jokingly called these albums “marina rock” and created a 12-episode comedy video series that went viral. Yacht rock was born, and today the video series’ creators even have a podcast, Beyond Yacht Rock.

But what are the defining characteristics of yacht rock? Let our yacht-or-knot list below be your celestial guide. 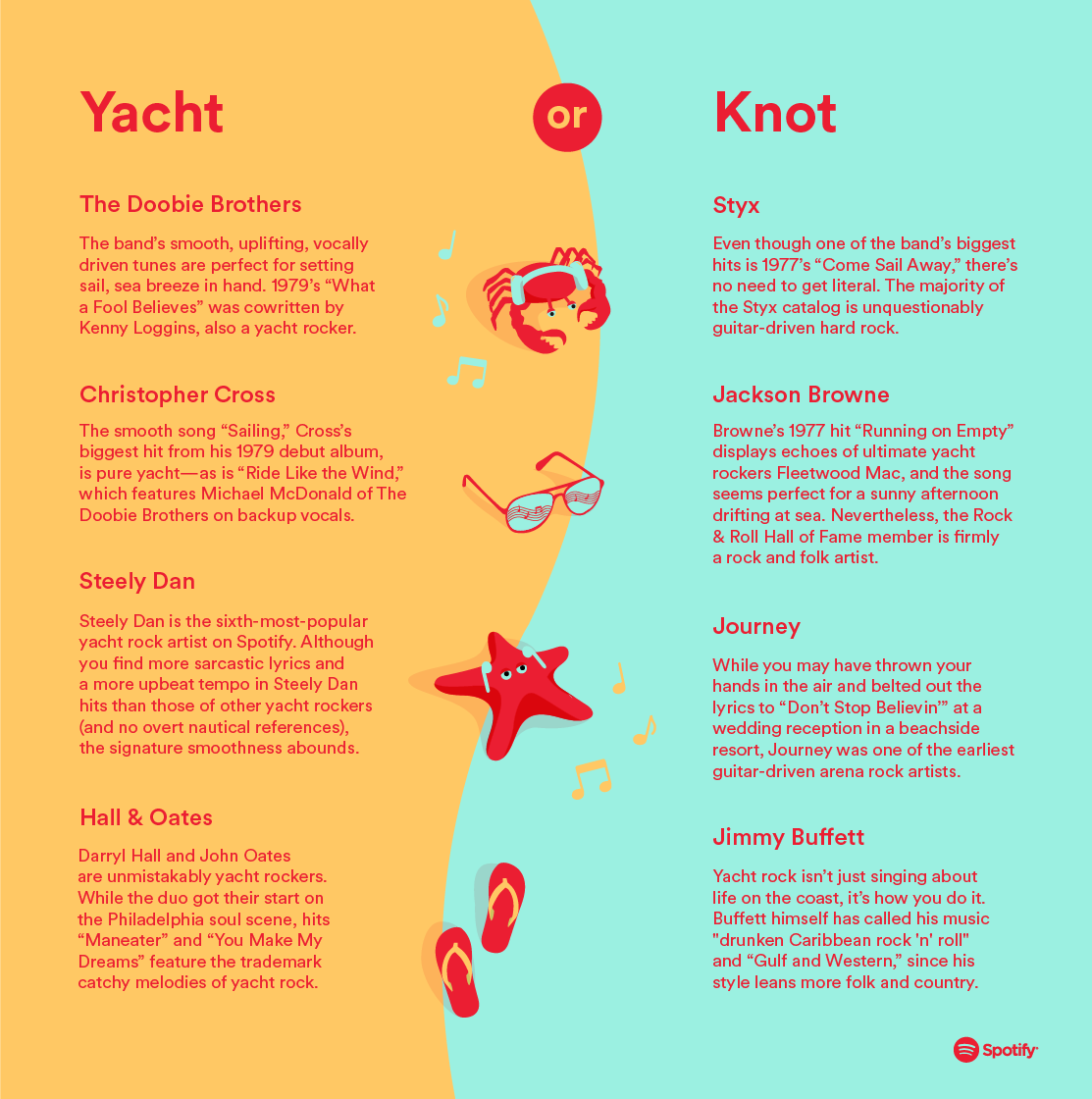 Charting the Onstage Evolution of The Rolling Stones

How Well Do You Know the Spotify Songs of Summer? Take Our Nostalgia Quiz