On a recent summer night in Barcelona, more than 10,000 fans sang along to Bad Bunny’s every word as the Puerto Rican star paced the stage. Their adulation was hardly surprising; the reggaeton heavyweight is one of the genre’s most popular artists. The venue, however, was less expected: This was Sónar, the long-running, avant-garde electronic-music festival, where names like Kraftwerk and Four Tet are more customary headliners. The rising rapper and pop star’s rapturous reception even here only underscored the extent to which urban music, known locally as música urbana, has taken over Spain.

The numbers bear out too. No matter how you parse the data, música urbana—an umbrella category comprising reggaeton, trap, hip-hop, R&B, and their offshoots—comes out on top. Among música urbana’s individual subgenres, reggaeton caps the list, followed by trap and hip-hop. Taking all of those categories together, música urbana has grown by 44% in the last two years and is currently the most-streamed genre in Spain.

Partly, these numbers reflect changing demographics in Spain—and, more importantly, changing attitudes. Federica Tremolada, our Managing Director, Southern & Eastern Europe, feels Spanish teenagers today “are used to having classmates from Ecuador or Colombia and hearing different accents from across Latin America. They are more used to sounds like reggaeton.”

Música urbana has traditionally been driven by artists from the Americas—particularly Panama and Puerto Rico, widely considered the twin birthplaces of reggaeton, and Colombia, home to artists like J Balvin, Karol G, Maluma, and the Puerto Rican transplant Nicky Jam. But Spain is gradually emerging as a source of música urbana in its own right. Rosalía’s reggaeton collaboration with J Balvin, “Con Altura,” might be the most visible evidence of the phenomenon, with more 250 million streams to date, but in many ways it’s just the tip of the iceberg. In fact, música urbana by Spanish artists has seen 80% growth in worldwide popularity over the past two years.

Little by little, Spanish artists are beginning to carve out their own lanes within a genre traditionally dominated by Latin American musicians. The Madrid-based trap artist C. Tangana—one of Spanish música urbana’s biggest stars, with over 5 million monthly listeners—brings an unmistakably Madrileño attitude that sets him apart. Granada’s DELLAFUENTE draws upon his flamenco roots in music that fuses reggaeton, trap, and tropical.

And while there is no distinctive Spanish sound, says Federica, the fact that the worldwide música urbana scene is a big melting pot works in Spanish artists’ favor. “Listening to an urban song from Puerto Rico, Colombia, or Argentina, you can’t really tell the difference other than the accent and the slang they use,” says Federica. “I wouldn’t say there’s a sound to each region, the way there was maybe five years ago.” And the more that urbano artists collaborate internationally, the more exposure they get.

The big question now is: What comes next? As música urbana connects Spanish-speaking audiences around the globe, it seems inevitable that Spanish artists themselves will continue to put their own unique stamp on the music—whether that means DELLAFUENTE collaborating with groundbreaking flamenco artist Lin Cortés or indie group Cupido releasing a remix of the hit single “Autoestima” featuring Lola Indigo and Alizzz.

With the Iberian urban scene growing at a fast clip, these are some of the Spanish música urbana artists to listen for:

Since emerging a decade ago, the Madrid rapper’s hypnotic delivery, futuristic beats, and savvy taste-making have placed him at the forefront of the Spanish scene.

The Mallorcan rapper is the rare Spanish música urbana musician for whom Spain isn’t his No. 1 streaming market—it’s Mexico.

On both his solo tracks and collabs with Rels B, Cazzu, and Fuego, this Tenerife-born singer brings a serious dose of R&B smoothness to Spanish urbano.

Granada’s DELLAFUENTE represents his native Andalusia by weaving elements of flamenco into his music.

The Seville-bred musician represented one of the first generations of Spanish rappers back in the early 2000s, and her recent collabs with DELLAFUENTE and Lola Indigo prove she’s still a force to be reckoned with.

This Barcelona producer graduated from early releases on Diplo’s Mad Decent offshoot, Jeffree’s, to become Spain’s premier beatmaker, with dozens of records under his belt for the likes of C. Tangana, DELLAFUENTE, Becky G, Aitana, and even a pre-fame Rosalía on the C. Tangana collaboration Antes de Morirme.

The Barcelona artist is heavily influenced by Jamaica’s dancehall scene and is leading a wave of women making a major impact in the reggaeton and neo-perreo scenes, including Ms Nina, La Zowi, and Bea Pelea. 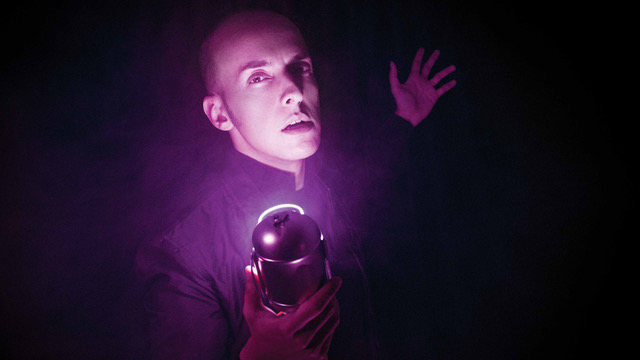 How Trap Met Corrido: The Fusion Genre Taking Over Mexico