Enissa Amani is a chameleon onstage. The Iranian-born German comedian prides herself on the ability to bend and transform her material for any audience based on location, language, and culture. Now she’s also working this flexibility into a new medium for her debut German-language Spotify Original Podcast, Statements aus Seide (“Statements Made of Silk”). Like her on-stage comedy, Enissa’s new show will cover a range of topics from feminism to fashion. “I want to share the moments which all mankind has in common: the pain, the fears, the desires,” says Enissa.

As the first German comedian with a stand-up special on Netflix, she’s honed her craft—expect plenty of laughs. But in Statements aus Seide, Enissa will also share thoughtful deliberations on her life growing up as an Iranian refugee in Germany, her work as a social justice advocate, and whatever else is on her mind—all in 30- to 60-minute episodes.

Enissa spoke with For the Record about performing in different languages, her activism work, and creating her own podcast.

What can fans of your comedy stand-up expect from the podcast?

In my podcast I’ll touch upon all the issues I have not yet touched upon onstage. I’ve told my stories a few times when I was a guest on other podcasts, and the feedback was tremendous. People who hadn’t even followed my work told me that my point of view was extremely helpful to them.

Over the years, I wrote down every story of my family, my friends, and book quotes which inspired me. Those words can offer people a real way out of hopeless moments. This will be a funny podcast—an honest hour to let you begin or end your day with a smile.

How has your background as an Iranian immigrant informed your comedy?

Being an Iranian refugee child and being trilingual helps me to approach people on different cultural levels. And every time I perform, I am a different kind of Enissa. The Berlin Show Enissa is a much rougher comic than the LA, Hollywood, Laugh Factory Enissa, who is more into the German-Persian Background Stories. The New York Enissa is much cooler than the Farsi show in Vienna, where Iranians are just starting to get into stand-up.

I get to taste all these different moments of laughter and try very different stand-up materials.

As refugees, or “first-generation Germans,” we are torn apart between identities, but every kind of conflict always helps with comedy.

What’s your life been like since your Netflix special premiered?

My specials changed my work. I started playing shows in three languages. I had the honor to have stage time at the Laugh Factory in LA, and the Improv, the Gotham, and the Comedy Cellar in New York. All stages I had never dreamed I’d be able to perform in a language which is not my first. I also play Farsi shows in Germany, Austria, and the UK.

I’m really surprised that my activism for human rights and against racism here in Germany kind of got bigger than my work as a comedian. In the beginning, everybody told me to “stick with comedy” whenever I was outspoken about problems in our society. Now all my statements go viral with 12,000 comments sometimes, and everybody asks me to seriously get into politics. There is this running gag of my followers calling me “the chancellor.”

I love the fact that everything that your heart tells you to do—if you have the courage to follow that voice—becomes your real vocation or even destiny.

What would you like people to take away from your podcast?

I’m going to share my most intimate stories, experiences, and inspirations on my podcast because I know it will help through dark times. Every smile you can inspire is a smile you‘ll create for the world.

Ready to get to know a new Enissa? Check out the first of 13 episodes of ‘Statements aus Seide’ below. 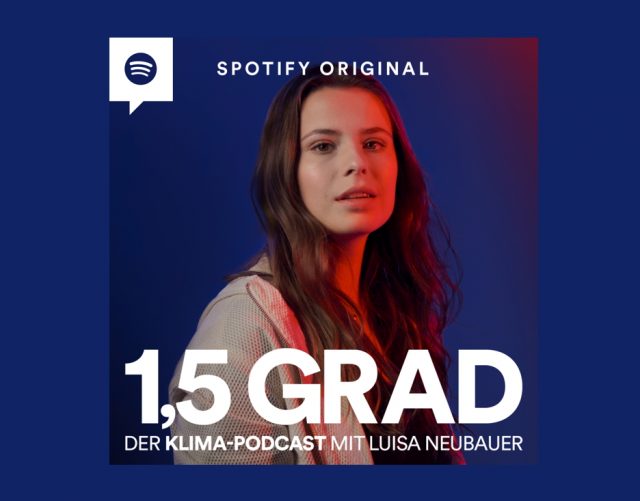 Luisa Neubauer Presents the Human Side of Climate Change in the New Spotify Original Podcast ‘1,5 Grad’

Read More: Germany’s Till Reiners Celebrates Comedy and the Comedians on His New Podcast, ‘Jokes’ 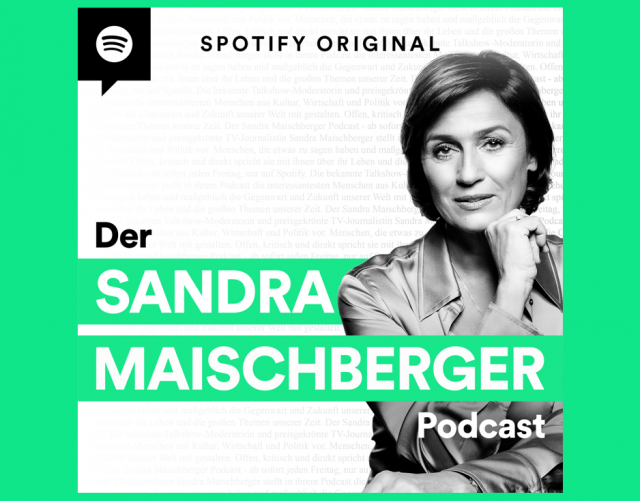