According to the latest Netflix movie, revenge is a dish best served by others. Coming out on September 16, Do Revenge follows two students at a posh high school who form an unlikely friendship as they plot to avenge each other’s tormentors. As fans follow the pair, they’re accompanied by a pop punk soundtrack that includes a mix of ’90s nostalgia and new releases from some of today’s biggest and emerging stars.

For the Record caught up with the movie’s director and cowriter, Jennifer Kaytin Robinson, and music supervisor, Rob Lowry, to hear more about the film and the process behind soundtracking the dark comedy.

What are three words you’d use to describe the vibe of the film Do Revenge?

How important is music when thinking through a film and its soundtrack/score?

Jenn: The most important. I think as a writer and director, I can’t create something without knowing what music is going to soundtrack each moment. And so, for me, a scene doesn’t really work until I know what is going there.

I write music into all of my screenplays. So there were a couple little drops that stayed in the film that were in the original script. And if they didn’t stay in the film, I would say that we found something similar in vibe. That vibe was always kind of present and set throughout the film, even from the script process.

Rob Lowry: I think there were like 40 songs scripted into the film. We started talking about music like a year before they shot the film.

Jenn: Rob and I had kind of a running playlist of ’90s songs, and we kind of went back and forth. And, you know, when I was writing, I would be like, “What about this here?” Or “What about this there?” We were in conversation about how the music was going to soundtrack and emotionally drive the film because so much of the film energetically is modulated through the music. 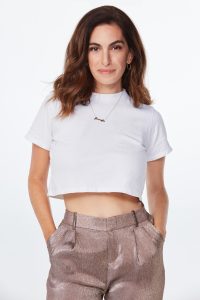 So how do you approach picking which songs make the soundtrack?

Jenn: It’s a lot of trial and error. I like to get the film clean of all music, and then I’ll just sit there with the film open and open Spotify and play things in a really rough way underneath the scene. And I’ll be able to kind of tell, “Oh, this will work” or “Oh, this won’t work.” And then it’s just trial and error, having the editor cut in the songs. And then Rob and I discuss things like, “What do we think about this?” “How do we feel?”

Rob: Yeah, it’s interesting to see how much stuff stays the same and how much some stuff changes from the script stage. How much it evolves from even the first cut to pivoting several times. But then I feel like, there’s probably five to seven really big needle drop moments that I feel like once we kind of found them, it’s like unlocking the puzzle, and then everything else kind of fell into place. Just because there’s so much music, but it all feels super cohesive, even though some of it’s from different eras or different types of genres.

Jenn: They all had a sonic kind of identity in that pop punk space. And we knew that was kind of like the North Star in which we wanted to find other things around it. We wanted the soundtrack to feel cohesive. Something that’s important to me is, if you listen to the soundtrack on its own, I want it to tell a story. And I think if you look at the soundtrack and you look at the track titles, all of that stuff was important to me in considering and putting together the kind of musical story of the film. I wanted the music to feel like an extension of the film, of the story of Drea and Eleanor’s arcs.

What type of emotions do you want to evoke in fans as they listen to the music?

Jenn: I think it’s a weirdly emotional, nostalgic soundtrack. I think that there are two kinds of access points to the soundtrack. One is nostalgia and one is discovery. I think for millennials, there is discovery in the Gen Z tracks and then there’s a lot of nostalgia in the ’90s. And then for Gen Z, there’s discovery in the ’90s stuff. And there’s a lot of, like, not nostalgia but familiarity in the kind of stuff that we did that more Gen Z will recognize. I feel like that is the beauty of the soundtrack.

The two main characters come together from two different worlds. Was there a musical style or a genre you wanted to evoke for each one?

Jenn: Rather than each of them having a sound, I think it was more focused on them having a sound together. The music that we open the film with, let’s say the Hayley Kiyoko and the Robyn song, was intentional in knowing that we were setting up the soundtrack to be both [nostalgia and discovery]. I knew we needed a current song and we needed a ’90s song in that first set piece. And we wanted it to be that bright, fun pop. So we focused on that rather than it necessarily being like one vibe for each of them. But as you follow the arc of the film, in general, I would say you can see where the music kind of twists and gets darker. And it’s still bright, fun pop, but it’s a song called “Bitter Bitch.” I think [the soundtrack] is about finding those songs that arc and change with the emotional story that we’re telling.

If you could pick an anthem for Eleanor (Maya Hawke) and Drea (Camila Mendes) what would it be?

Jenn: I feel like Eleanor is Taylor Swift’s Reputation album.

Rob: She’s in a Reputation era for sure.

Jenn: But emotionally, I think that Eleanor contains multitudes, just like Taylor. And then Drea would be like Olivia Rodrigo’s Sour.

Rob: Yeah. Because I feel that’s the overlap in the Venn diagram and where the two characters find each other: the Sour and Reputation albums.

What’s your favorite song on the soundtrack? 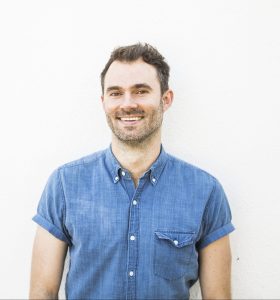 Jenn: All of them. Hole‘s “Celebrity Skin” was a song that was written in the script from the very beginning. I saw it in the edit and I was like, “This has to be in the movie. It’s a non-negotiable.” We never tried any other song.

Jenn: Oh yeah. I shot that scene with Drea sitting and crying at her desk while listening to “brutal” in my headphones. I was watching the scene and timing it into the big drop in the song.

Jenn: I will say Juliana Madrid is my favorite discovery moment. I don’t want to jinx it, but I hope that Juliana has a Lizzo break moment. I love that song “Pretend.” I think it’s so perfect in that moment. And the only other song I had that kind of reaction to in terms of hearing it and knowing that it w

as perfect for the film was “Happier Than Ever.” That was the other song that, when I put it under the film, I saw that sequence come to life when soundtracked by that Billie Eilish song. I was just texting Rob in all caps. And I was like, “Oh my God, it’s perfect. It’s amazing. I can’t wait for you to see it.”

Rob: And then with Maude Latour, she did a cover of “Kids in America,” and to be able to work with her and tailor the song specifically to this sequence . . . that is the same thing we did with this remix that we did for Chloe Adams and “Dead to Me.” Getting to rework these songs specifically to the cut . . . they just both turned out so well and they’re such big moments in the film.

Are there any other dark comedies/high school films that have an iconic soundtrack that you love?

Jenn: I think a lot of the touchstones for this movie have iconic soundtracks: Cruel Intentions, Ten Things I Hate About You, Clueless. Those were the soundtracks that at least I grew up loving and kind of owning and listening to over and over again and wearing out. And when we were putting together this film, we wanted to pay homage to those soundtracks and for this to be an updated version of what we grew up with.

Rob: I also love Ten Things I Hate About You and Can’t Hardly Wait. Jenn and I always say that we’re musical soulmates, and I think we have the exact same taste. So it always feels like we’re inside each other’s heads. This was two years of sharing our favorite music with each other. It was a really lovely experience.

Jenn: We’re also soulmates in a detrimental way because we will be the only two people that like something, but we have really loud voices in a situation. Everyone else is like, “Guys this doesn’t work.” It was very funny to see the downside of our soulmate-ness. Ninety-nine percent of the time it’s really great. But if the song doesn’t work and we both like it, it’s also such a hilarious disaster.

Are you ready for a double dose of nostalgia and discovery? In addition to the Do Revenge official playlist, which is available on our Netflix hub, Eleanor and Drea have also taken over Netflix’s most PLAYED. Hit play below to start streaming even more of their favorite pop punk hits from the past and present:

Spotify Celebrates 20 Years of Harry Potter With Fan-Streaming Insights: Did Your Listening Habits Correctly Sort You?