It’s a familiar Hollywood plot, whether you’ve never seen A Star is Born or devoured each of the previous three versions: A rising starlet becomes the protégé of a falling star, outshines him, and must face the outcome on her own.

In the 2018 adaptation, Lady Gaga captivates audiences with the strength and tone of her unique voice—including those “HAA-AHHs” that had fans wailing their own (potentially off-key) versions after viewing the trailer (or browsing the internet at any point throughout the last few weeks).

Those few bars of chorus were unveiled as the bridge of the movie’s hero song, “Shallow,” a few weeks before the movie premiered on October 5. Since its September 27 release, the song has garnered 39.6 million plus streams on Spotify, with over 5 million of those streams occurring throughout the film’s opening weekend. And what’s more: The Monday after the premiere, the song was the seventh most repeated song in the U.S. 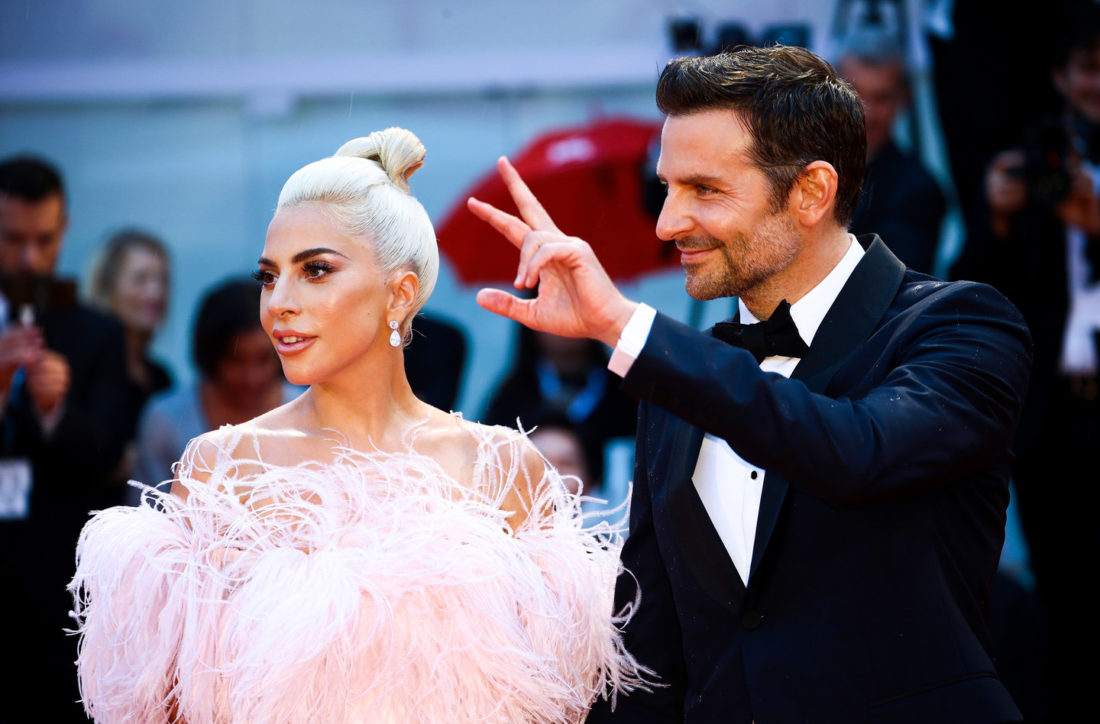 “Shallow” isn’t the first A Star is Born hero song to compel moviegoers and music lovers—and as many critics joke, it likely won’t be the last. The previous two films also produced chart-topping hits, each with flair that spoke to the heart of the music and movie industry—and society—at the time.

A Star is Born traces its roots back to the 1932 movie What Price Hollywood?, which featured Constance Bennett as an aspiring actress working as a waitress. It was remade into the first A Star is Born five years later, in 1937, and starred Janet Gaynor and Fredric March.

1954 saw the first official remake, with Judy Garland and James Mason in the leading roles. Judy Garland’s emotional performance of “The Man That Got Away” popularized the track as the movie’s hero song. With music byHarold Arlen (also of Wizard of Oz fame) and lyrics by Broadway lyricist Ira Gershwin (older brother to George), the song earned wide acclaim, and a No. 11 ranking on American Film Institute’s list of 100 top songs in films.

The popularity speaks, in part, to a time when musical theater was finding a new place for itself as it moved from stage to screen, and performers and composers alike had to find their way in each industry. The song powerfully tells of Garland’s character’s brokenness and despair after losing her love—and perhaps speaks to Judy Garland’s own frustration at a movie industry that had been slowly giving up on her.

In 1976, singers Barbra Streisand and Kris Kristofferson’s remake took the plot of A Star is Born from the movie world to the music world—largely due to Streisand’s own hand in the production of the film. But that wasn’t the only change.

“In the previous versions, the woman acquiesced to the man,” Barbra Streisand explained to The Atlantic. “She was willing to give up her career for him and that seemed normal back then. But in 1976, when we were making the movie, it was the height of the women’s liberation movement and I couldn’t see myself as that submissive, almost passive character.”

Streisand goes on to explain that this was the thinking behind the song “Everything,” a feminist call for equal access. It’s a compelling song with intriguing lyrics—and yet, not the musical focal point of the movie. That award goes to “Evergreen,” the “love theme” of the film that earned Barbra a Grammy, Golden Globe, and Academy Award.

Streisand composed and performed “Evergreen” with assistance from writerPaul Williams—something that set her performance apart from that of Judy Garland, who didn’t have a hand in the making of her own song. Yet, like “The Man That Got Away,” “Evergreen” is a love song. While Streisand might have portrayed a liberated character with a future of her own making, the movie industry—and perhaps society at large—was still tied to the romanticism conveyed in “Evergreen” over the feminism of “Everything.”

Though Streisand’s version of A Star is Born has been widely regarded as a warning to the dangers of Hollywood, fame, and stardom, Lady Gaga’s “Shallow” is the first hero song to truly cover the topic.

“Shallow” is also the only hero song of the three films to feature both the male protagonist, Jackson Maine (Bradley Cooper, who also directed the movie) and the female, Ally. The duet entails each character asking the other if they’re happy, full, or looking for more—a theme that follows the characters as they search to fill the voids in their lives throughout the movie. It’s a self-aware song for both Lady Gaga and the characters in the movie, one that acknowledges the gains and pains of stardom. Like Streisand did with Paul Williams, Gaga cowrote her song, collaborating with Mark Ronson, Anthony Rossomando, and Andrew Wyatt on “Shallow.”

“Shallow” comes at a time when more focus is being put on highlighting the hidden geniuses behind songwriters and performers, as well as achieving gender equality across the music and podcasting industry—both movements that may serve to help female artists and songwriters navigate and thrive in the entertainment industry.

“Lady Gaga is the ideal person to play this role, and not just because she has talent in spades and the courage to be vocal about the issues she cares about,” says Spotify Trends Expert Shanon Cook. “What makes her participation here special is her willingness to be vulnerable. At times the film feels autobiographical—even though it’s not—and the viewer can’t help but wonder about Gaga’s own journey to stardom and how certain things may have played out for her behind the scenes. You come away feeling like you didn’t just learn about Ally, but that you got to know Gaga better.”

The 2018 film also alludes to the previous versions, especially when Lady Gaga covertly sings a few lines of “Somewhere Over the Rainbow,” a clear tribute to Judy Garland. And “Evergreen” has even achieved a second life due to the remake, with streams of the song increasing by 403 percent in the month leading up to the movie’s release.

A Star is Born reflects the sentiment of the film and music industries of the day, compelling producers to continue recreating the film. But it is the voice behind the hero song that conveys this message, and that keeps users streaming—over and over again.

Stream “Shallow” and the entire A Star is Born soundtrack on Spotify.