It’s a noun (“Would you like to take a fika?”), a verb (“We’re fika-ing this afternoon”), an everyday ritual, and a state of mind. Fika is the Swedish concept of taking a pause in the day to drink a cup of coffee, sometimes together with a small sweet treat, and connect with each other—in person (no Slack, texts, or DMs).

“It’s not about having a coffee or a cookie, but more about informally meeting other people to get to know them and build trust,” says Johanna, an engineering manager in our Stockholm office. True to our Swedish roots, many of us at Spotify try to make time for fika—whether in the morning (around 9 a.m.) or in the afternoon (around 3 p.m.), not only in Stockholm but at our offices globally. It’s certainly not mandatory, but many participate—call it the lure of the cinnamon bun.

Fika is “definitely a social thing,” Johanna says. “Chatting with colleagues builds trust, but it’s also a way to actually meet and talk about common work problems, which might not happen in your normal day-to-day routines.” 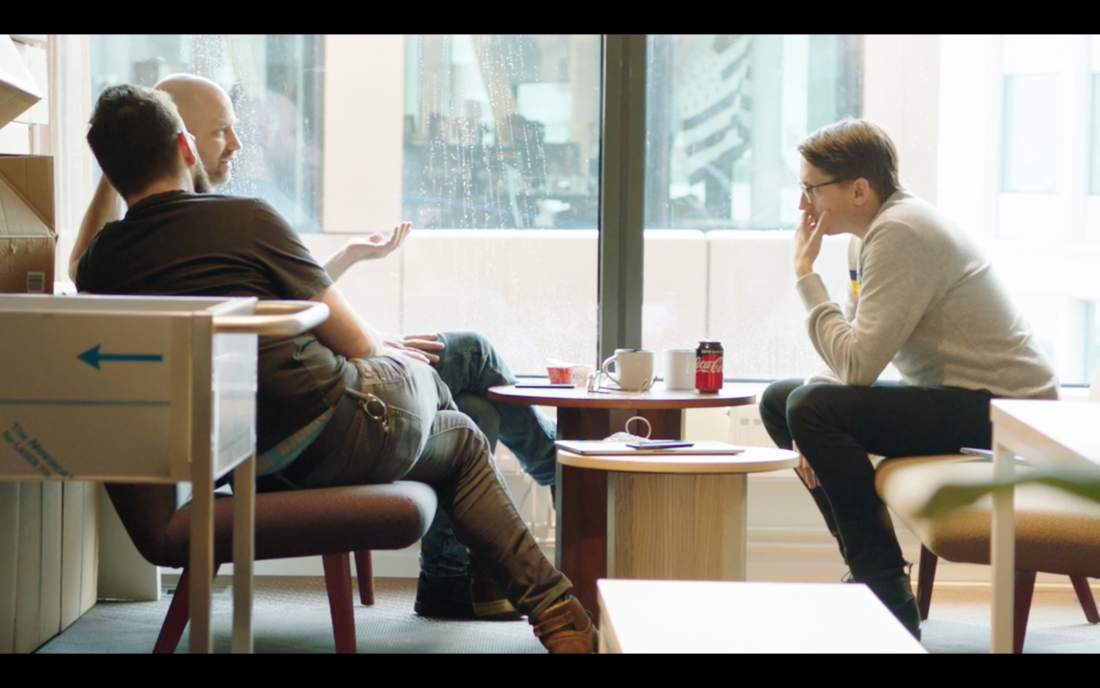 Malin, who works in Spotify operations in Stockholm, notes a benefit of this “moment of relaxation,” as she calls it. While “it is not supposed to be productive—rather the opposite,” Malin says, “taking a break from work in the afternoon or having a coffee helps me be more focused.” While work chat is fair game, fika is the time for conversation about what’s happening beyond your desk.

There’s actually science behind the benefits of this sit-down. Studies have shown that, caffeine boost aside, taking fika-esque breaks throughout the day improves productivity and boosts creativity. And while “there are no rules when it comes to fika,” Malin says, she believes that it’s best done with technology set aside.

It’s also a great connector. “Growing up in ‘small town’ Sweden, we would have fika almost every day. It was a great way for friends to come together and hang out for a moment,” says Rasmus, a designer at Spotify. Now based in New York, he finds a global community in fika: “It’s a fun thing to do with my Swedish friends here, and most likely people from other nationalities will join as well.”

There’s no right or wrong way to fika. Phones off (even for just a few minutes), conversation on—and let the coffee do the rest.

Need some music to get you in a fika mood? Try Your Favorite Coffeehouse playlist.

Everyone Is a Rock Star at Spotify’s Rock Band Bootcamp

He’s With the Fans: Jordan Gremli and Fans First Bring Artists Closer to their Audiences