Hip-hop has proven to be one of music’s most customizable and popular genres around the world, with both beats and bars that reflect the unique characteristics of an artist’s background. In this series, we’ll follow the genre around the world, showcasing how hip-hop has been brought to life in different regions, countries, and cultures.

“Hip Hop Na boosted the art of hip-hop majorly,” says Kheder, who’s been dubbed “The Godfather of Saudi Hip-Hop.” “It exposed and connected the talent around the region. It was the first flagship hip-hop show in the Middle East.”

Kheder, who discovered hip-hop through American rappers 2Pac and LL Cool J, has released three albums, as well as a wealth of singles and EPs. His 2009 track “Any Given Day” is an anthem of self-empowerment, with verses in English and the chorus in Arabic, as well as samples of traditional Arabian instrumentation. It’s also indicative of a wider trend in hip-hop from the Middle East: rappers expressing themselves in both Arabic and English, often mingling the two in a single track.

The genre’s international angle has brought lots of overseas attention to Saudi hip-hop in the past few years. On Spotify, some of the artists have been included on playlists Urban Gulf and Arab Hip-Hop. Media heavyweights, such as Vogue have profiled rising Saudi artists like Majeed and weighed in at length on the evolving scene there.

While Hip Hop Na provided a sizable boost in awareness for artists, Saudi Arabia’s first hip-hop show on FM radio—hosted by Hass Dennaoui, a.k.a. Big Hass—“Laish Hip-Hop?” (“Why Hip-Hop?”) helped develop a surrounding culture by combining new music with industry updates and personal discussions about the genre at large. The show exudes Dennaoui’s voracious appetite for different kinds of hip-hop, which makes it popular with people from all over the world. As for his own introduction to rap, Dennaoui says it came from the Notorious B.I.G. track “Juicy”— famous for its inspiring message about  hip-hop’s incredible power.

“Those lyrics impacted me in a great way,” Dennaoui recounts. “Back then my English wasn’t that good, but I remembered what I felt. His vibe, his flow got to me. [I started doing] my own research . . . and the rest was history.”

That’s a stark contrast from when Dennaoui started his radio show in 2011. “It took a lot of work from many people—rappers, producers, and rap lovers—to push forward,” he says. “When rappers started making music that was relevant to the people and also commercial, that broke lots of barriers. Rappers matured, producers started emerging on the scene, [and] people started to get the hang of what rap was.” Spotify has contributed to that push into the wider consciousness, he adds: “Spotify has offices in the region, [so they] can reach out to rappers on the ground.”

The same sentiment is echoed by young rapper Blvxb, who, like many Saudi rappers, blends Arabic and English lyrics; he calls on his first impression of hip-hop, 50 Cent’s American supergroup G-Unit, for inspiration. Aside from “Laish Hip Hop?” he says many commercial radio stations still won’t air shows featuring Saudi rap, which makes streaming all the more vital.

“Spotify helps local artists to reach more [fans] by promoting more new artists,” he says. “Everyone loves and listens to Spotify’s playlists, even while gaming.”

Meanwhile, Bahrain’s Outlaw Productions has offered services ranging from music recording  to video production since its founding in 2003. One of the breakout artists in Outlaw’s stable is Lil Eazy, a rapper of Somalian heritage born and raised in the Saudi port city of Jeddah. He cites 2Pac’s “Ambitionz Az A Ridah” as one of the first tracks that drew him to the culture: “I gravitated towards hip-hop more than any other genre because of the music and the content.” While he agrees that hip-hop remains relatively new as a commercial format in the country, he and his team have done three major shows in Jeddah and Riyadh in the past year.

For Saudi business strategist Molham Krayem, who also performs and records as Molham, his introduction to hip-hop culture came with Eminem’s triumphant “ Lose Yourself.” Krayem, who is now based in both Saudi and UAE, launched a school-wide talent show during his senior year of high school that culminated in his first performance of an original song on stage. Krayem grew up in an Arabic-speaking household in Canada, which makes it natural for him to rap in a combination of English and Arabic.

“They are both my native languages,” he says. “That’s how I naturally speak, and I want my music to express my truest self. [It’s] similar to the appeal of combining Spanish and English nowadays: it blends cultures. It also allows me to connect more deeply with the millions of people—especially third-culture kids—around the world who speak both Arabic and English.”

Alongside the rapid changes to culture and infrastructure that Krayem has observed, Saudi Arabia is overflowing with a new generation of artists just starting to make a name for themselves. Hass Dennaoui cites Lil Eazy, MT9, and underground star Shiboba as ones to watch, as well as female rapper Moon, whose self-titled 2019 EP marries her slow, hypnotic trap bent with almost psychedelic production.

As for Qusai Kheder, whose role cohosting Hip Hop Na still stands as a pivotal moment for hip-hop culture in the region, he sees no slowing down for Saudi rappers. “If they take this art seriously and are smart about it,” he says, “the sky’s the limit.”

Fans around the world can check out hip-hop from Saudi Arabia and beyond on Spotify’s Arab Hip-Hop playlist. 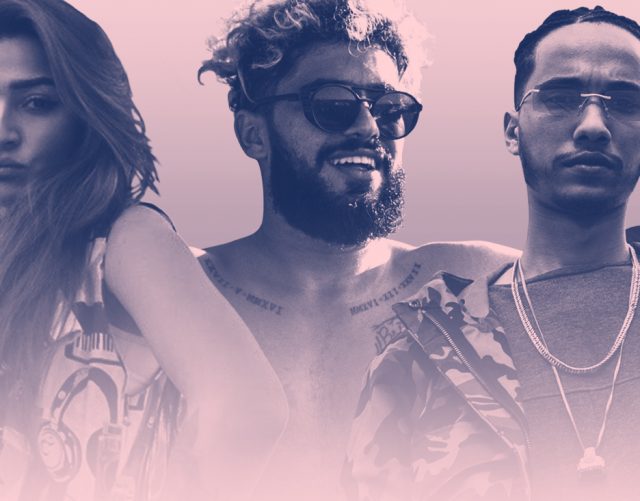 Read More: 7 Artists and Creators to Stream During Arab Heritage Month—and Year Round 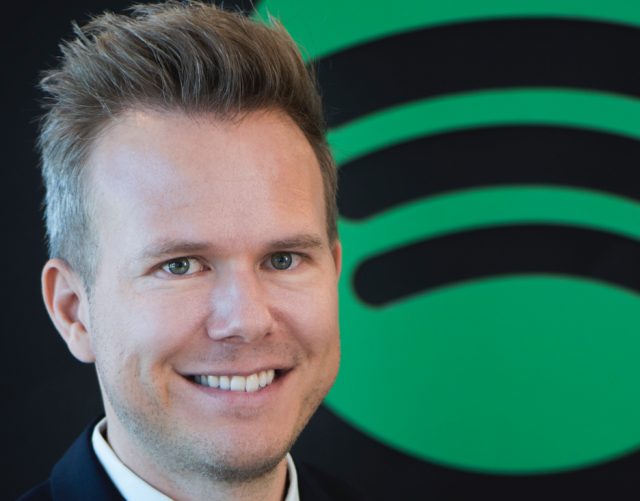