Nineties country music gave us power anthems like “Man! I Feel Like A Woman” and seven hit-filled albums from the legendary Reba McEntire, and it made stars out of the young duo Brooks & Dunn. As listeners return to these classic songs, albums, and moments in droves, Spotify has decided to honor them with an interactive microsite, Spotify Singles, video content, and more.

These days, the timeless songs and stories behind ’90s country music have found a new generation of ears: Gen Z. 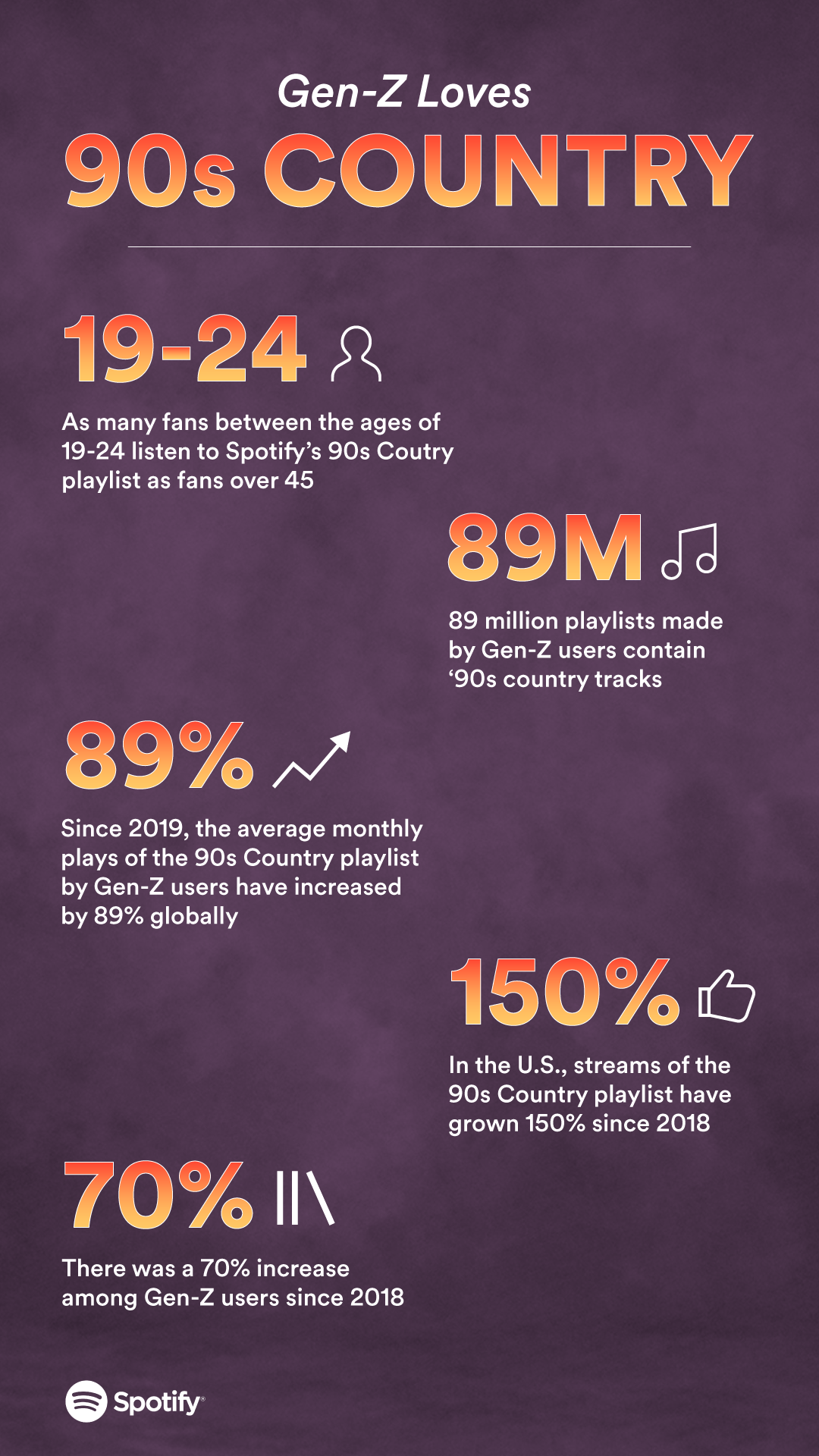 To celebrate this resurgence, today we launched a campaign highlighting the staying power of our country catalog while also promoting the next generation of emerging country stars who are inspired by those that came before them.

Head to our 90s Country Digital Experience to reconnect with your old country favorites and discover the classic songs that shaped the genre’s sounds of today. Enter into an interactive experience by answering ’90s-inspired questions like “Who’s riding shotgun?” and “How big is your hair?” Then select an iconic artist (perhaps Shania Twain or Alan Jackson) as your copilot and choose your hairstyle, whether that’s a mullet or a head full of curls. Once you’re done, the site will analyze your responses and generate your top ’90s country albums as well as a personalized playlist. 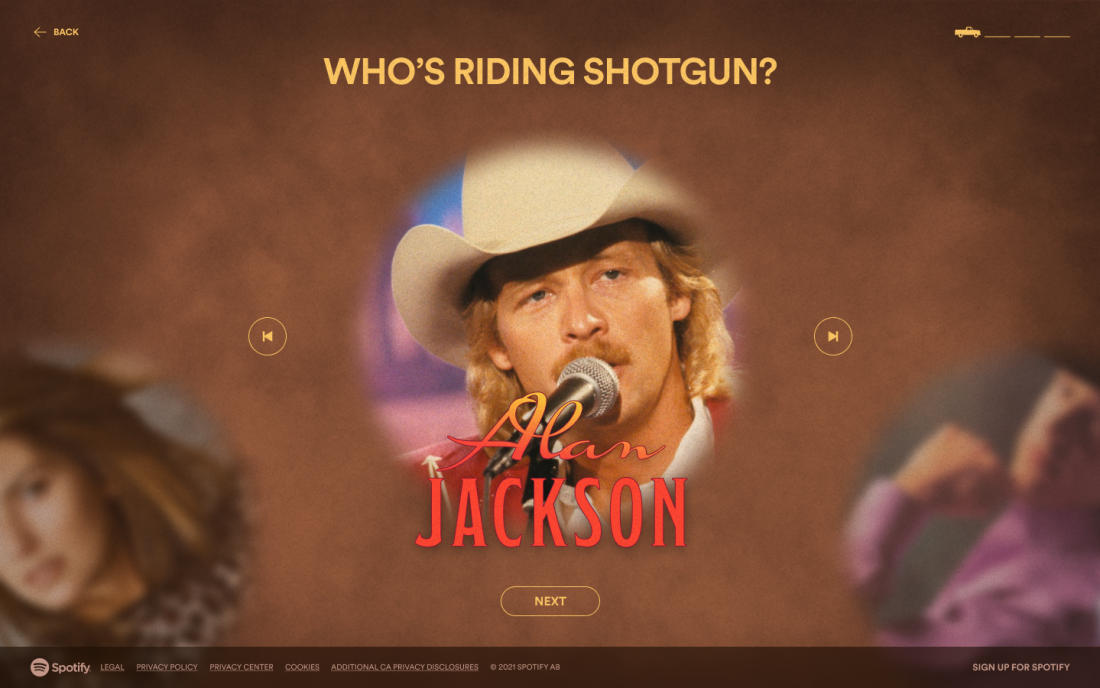 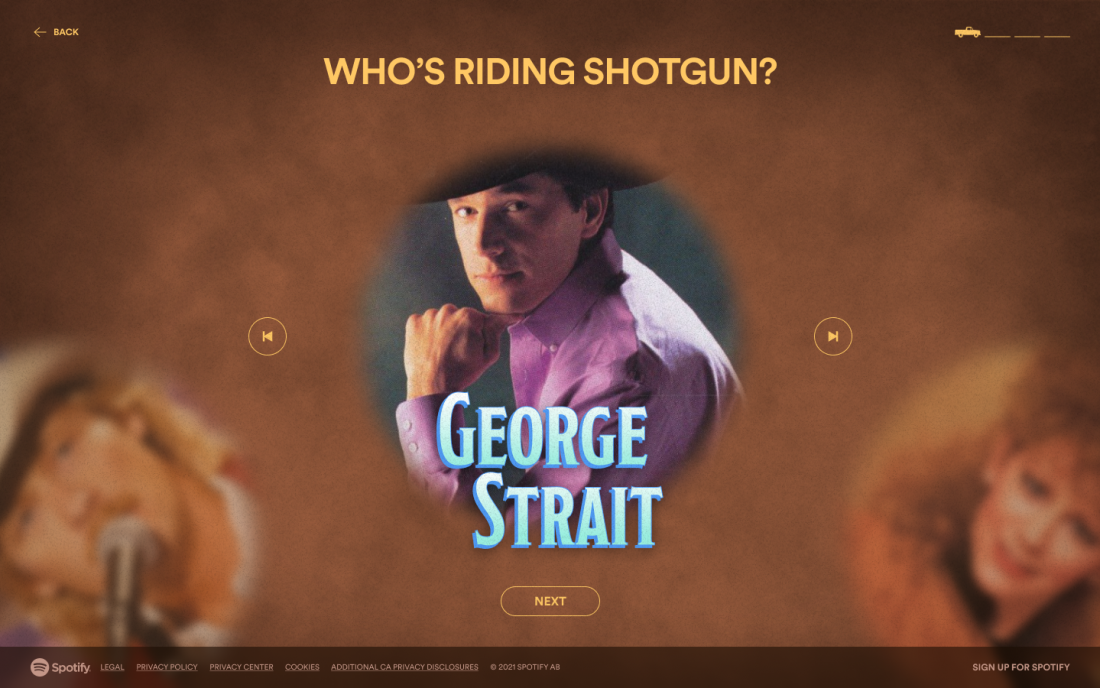 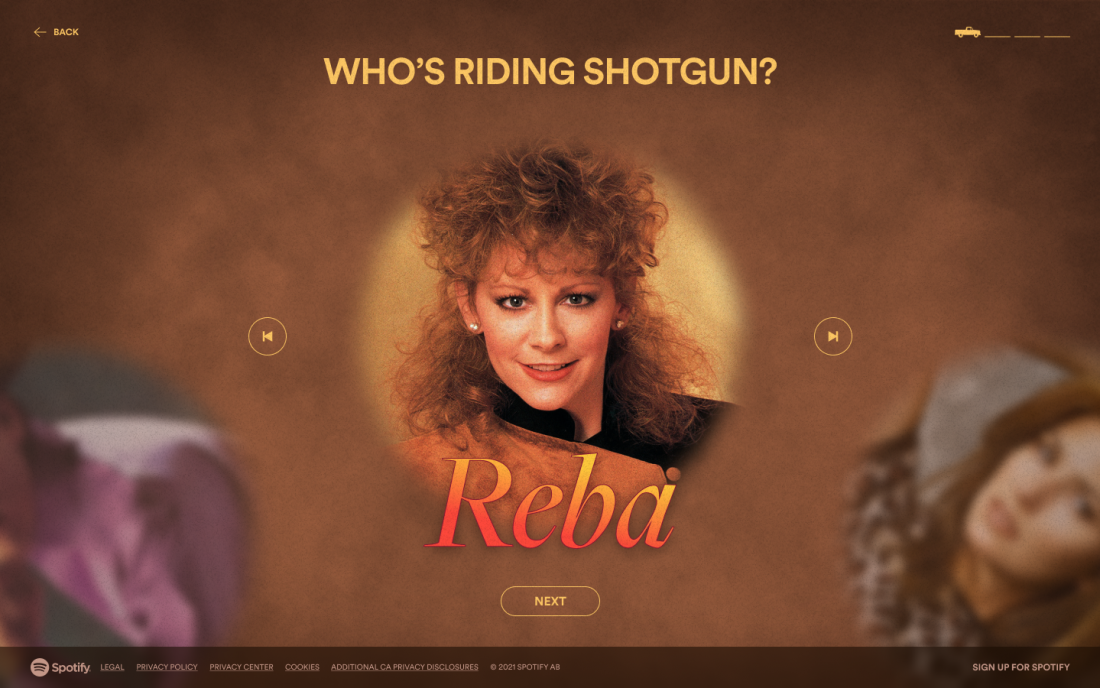 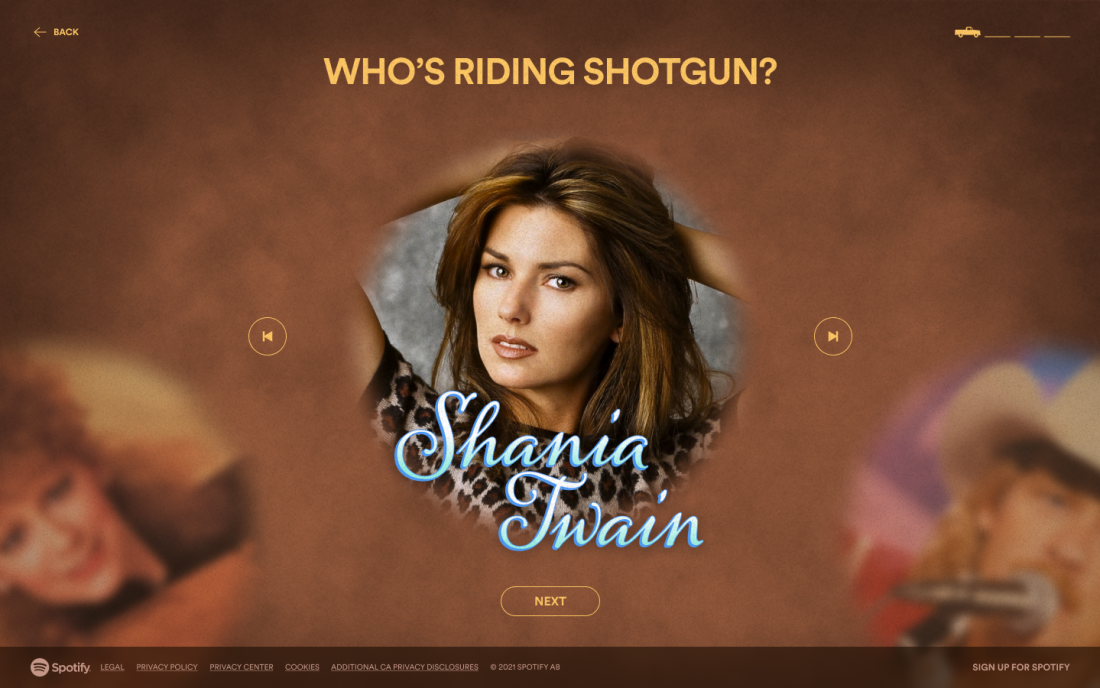 No nostalgia campaign would be complete without ’90s country classics reimagined by the next generation of country music stars. Our latest set of Spotify Singles, recorded at the iconic Sound Stage Studios in Nashville, feature rising country stars BRELAND, Tenille Arts, and Parker McCollum, covering a song that topped the charts from the decade they were born. Breland takes a hybrid country/soul/R&B approach to Deana Carter’s “Strawberry Wine,” while Tenille honors The Chicks with her own rendition of “Wide Open Spaces.” Finally, Nashville-via-Texas singer-songwriter Parker McCollum recorded his own take of George Strait’s “Carrying Your Love With Me.” Watch the three explain their choices and the impact of the decade on their work in a new video.

“I am blown away by the artists that have covered ‘Strawberry Wine,’” says the track’s original writer and performer, Deana Carter. “I’m so excited about BRELAND . . . his release and his approach to it. It’s just so exciting to hear his amazing vocals and bring the song into even a new era. We’ve had a lot of artists cover this song or give a nod to it in their lyrics. And I’m just so honored to be a part of it. I think ‘Strawberry Wine’—the subject matter—it’s a universal, timeless subject. So it speaks to every generation equally. And I’m just so thankful and excited that artists like BRELAND keep breathing new life into it.”

Both Parker and Tenille recorded songs from some of the top-streamed artists by their generation. George Strait’s Strait Out Of The Box was number two on the list of the top 10 ’90s country albums with Gen Z listeners in the U.S., and the Chicks’ “Cowboy Take Me Away” is in the top five most-shared ’90s country songs by Gen Z listeners.

Nineties country icon Shania Twain’s album Come On Over is the top ’90s country album among U.S. listeners overall. She also has two songs, “You’re Still The One,” and “Man! I Feel Like A Woman!” within the top five of the most-shared ’90s country songs by Gen Z listeners.

Can’t pick your favorite artist or sound? That very element is what makes the genre and the era unique to Carter. “There was room for everybody,” she begins. “We had tons of guys and tons of girls being played on the radio at the same time. There were bands, there were duos, there were solo artists, and everybody sounded different. There was room for everybody because they had a unique sound and it carved a spot for lots of artists on the radio at the time. It was such an exciting time to be a part of.”

“I feel so blessed to be smack dab in the middle on the back end of the ’90s country music craze because at the time, we didn’t realize the staying power that it would have,” she continues. “But it really has proven to be an era of country music that made such a difference because of the diversity in the artists and playlists.”

Check out the rest of our ’90s country catalog data to see for yourself:

Top 10 ’90s Country Albums With Listeners in the U.S. overall

Get in the Holiday Spirit with Dolly Parton, Jose Mari Chan, Black Pumas, and More