Though Hack Week was again held virtually, employees came together on Slack, Google Meet, real-time note-taking, and our virtual Hack Week platform to push each other on ideas related to amplifying the company’s climate action, sustaining justice for people and the planet using our platform, helping Spotify reach net-zero emissions, and more. Each individual chose a project that personally excited them, though these are not projects that Spotify is currently pursuing—or that even relate back to each person’s work. This year, the For the Record team spoke to five hackers who worked across these themes on four climate-related projects. 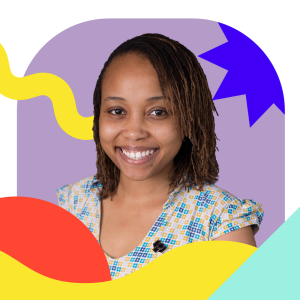 Senior Developer Advocate Serah Njambi Kiburu has only been working at Spotify for six months, but she already sees how Hack Week fits into Spotify’s larger culture—as well as her own work. For her, Hack Week offered a five-day opportunity to chase some of the facets of her role that she didn’t have bandwidth to cover in her normal day-to-day.

“Curiosity is written into my role—I work with tech communities quite a bit—and I keep a long list of ‘what ifs’—things I need to investigate and understand, and people I need to chat with and collaborate with. That in itself was enough fodder for Hack Week.”

Can you tell us a little bit about the hack you chose and why you decided to get involved with it?

I sit on the Developer Experience team. We are responsible for developer.spotify.com, or “Spotify for Developers.” So we essentially make documentation and resources available to our developer community to use on a portal. Given our team is relatively new, we wanted to revamp the portal since it is about three years old. But we haven’t had time for that because we were hired recently and have had a lot of work to do. So Hack Week seemed like the perfect place to both respond to our community members’ wish lists, but also address some of the things that we saw weren’t working optimally.

How did the theme of “making the planet cooler” play into choosing this project and into the way you approached?

The tech that our developer portal uses is over three years old and as a result has become a little inefficient. We wanted to make the most of this year’s Hack Week theme to improve the platform with climate in mind. We wanted to ensure that we use the resources available to us more efficiently, and make some energy savings in the process.

In developer relations, there’s also a very big metric called “time to happy.” This metric looks at how long it takes for your stakeholders to go from the question they have, the issue they have, the idea they have, to feeling empowered to do their best work with the resources provided. So we also made sure to apply this metric to our work as we focused on making the planet cooler—we knew that in working towards energy efficiency, we could also cut down on people-related bottlenecks as well. 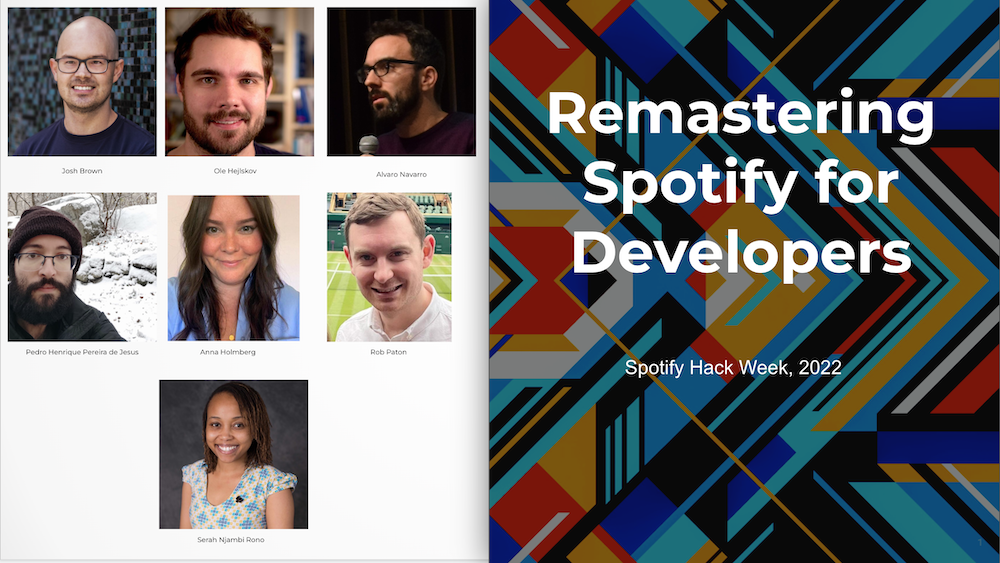 Serah and her Hack Week team

How did Hack Week work for your team?

Once we got the theme, our team had to decide what project to work on. After we brainstormed, we determined that there were other people and expertise we needed that we didn’t have within the team. So it was the perfect opportunity for our team to collaborate with other teams, and we reached out to them. Throughout the week, we each picked a task from a task list we had from day one. They were independent tasks, which was really helpful as there were no dependencies that could get some people stuck.

We also determined that it would be best for us to decide which things were a “must do” and what things were a “nice to have” in our list of tasks so that we would be able to celebrate small wins as though they were each really big milestones. This kept encouraging us. We’d never worked together before in that way or in such a short amount of time, and we knew that could easily be stressful. So those milestones really helped us do so well, and we ended up working really well together. In the end, we didn’t get to the ultimate goal. But what this did is it’s given us enough to be able to make an “OKD,” a key deliverable against an objective, in Q2 to finish this work in over a longer period of time. So that was really cool.

Why do you think that hacking on the topic of “making the planet cooler” is important for Spotify employees to think through and work on?

As a company at the intersection of music, people, and tech, we are predisposed to think about the future and all possibilities it holds. This theme is great because it grounds us in its deeper meanings. There is only one Earth. And as we haven’t heard any music from outer space, this serves as a great reminder to preserve what we have!

This year, the For the Record team spoke to five hackers who worked across four climate-related Hack Week projects. Check out each story from Meredith, Mauricio, and Gary and Stephan.