For many, Hack Week brings to mind images of strings of code and furious typing across multiple monitors. And while March 8-12 may have felt like that for some of the thousands of Spotify employees who participated in our annual Hack Week, for others, a successful event looked very different.

For the five days, employees across many teams within and outside of R&D dedicated their time to projects that explored new ways of making Spotify better for creators, consumers, and employees. The week, themed around “Making Space,” especially gave time to employees who wanted to find better ways of working, for themselves and their colleagues—together and apart.

Kathleen Bright, an Agile Coach based in London, had been thinking about building trust and relationships asynchronously since December. “Part of what I do—my professional mission—is understanding that asynchronous collaboration, or working on the same thing but not necessarily at the same time, is something we’re not practiced at,” they explained. “We’re asynchronous by default now working remotely, and people are really unfamiliar with that way of working.”

According to Kathleen, email, instant messaging, sending documents and slide decks, and relying on video calls are the top ways Spotifiers are connecting with each other in the remote world. But there’s also an opportunity to show what asynchronous communication can look like.

“One of the things that I’ve found to be really interesting is that often, when people are talking about asynchronous collaboration or communication, they talk a lot about text and the like—saying ‘we need to get better at writing.’ And I think we do need to get better at writing. But there’s a risk of us just having massive documents and slide decks flying around even more than we already do, and that’s not inclusive or accessible. And so I really wanted to focus on other ways of communicating and bring those in,” they said.

Kathleen spent their Hack Week alongside 12 other band members from across the company working on ways to make employees more familiar with different mediums of communication—such as drawing or recording a voice memo—as well as helping teammates build up some confidence with using these tools alongside the ones they’re already using. “The point isn’t, ‘OK, well, instead of text, I’m going to use audio,’ but to combine stuff like, ‘OK, so I’ve got audio and a transcript or subtitles. I’ve got a doc that includes images and text,’” said Kathleen.

In true asynchronous fashion, Kathleen even shared some drawings they had made throughout Hack Week following meetings with their cross-functional team and topic experts at Spotify, including Casey Acierno, Media Responsibility Lead, Social Impact, and Babar Zafar, Vice President of Product Development.

“That’s something I really appreciate about Hack Week,” Kathleen said. “How we have a block of time when everyone in R&D (and beyond) is working on this. People you wouldn’t normally get to talk to are more available. So I had a meeting with Babar, who is the head of Freemium, my mission. It was really helpful to see where he’s at with asynchronous communication.” 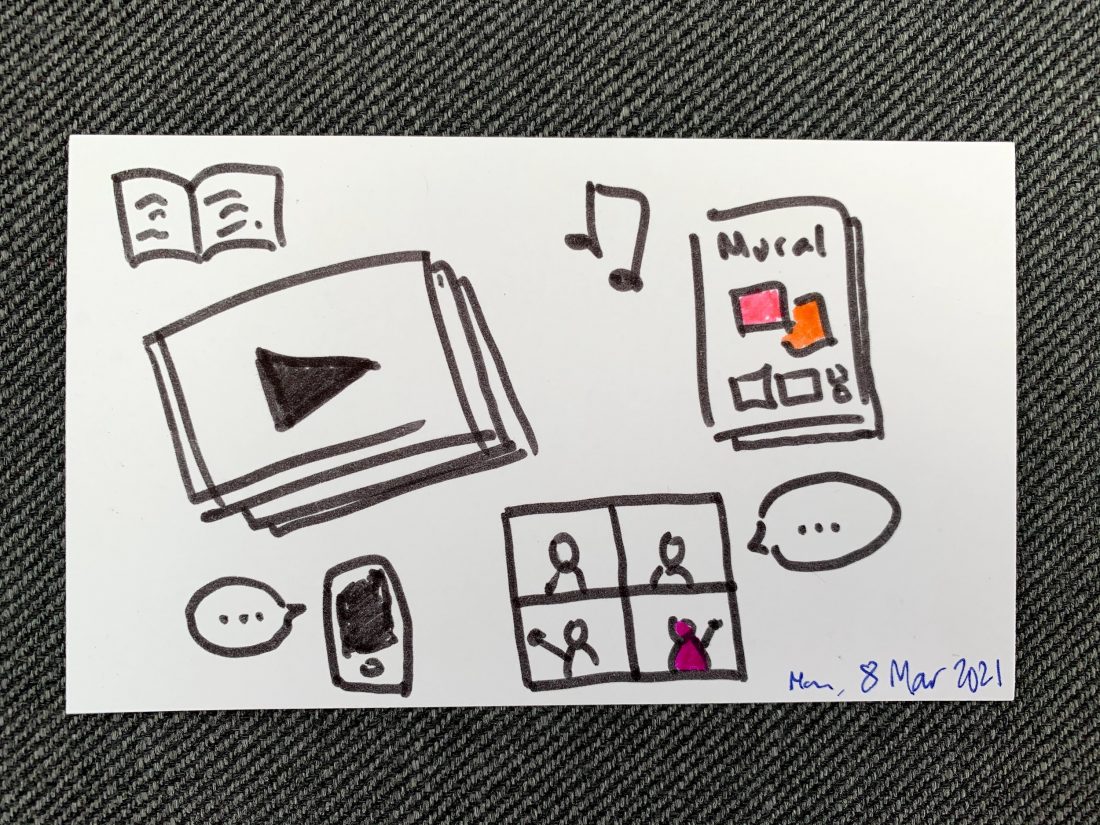 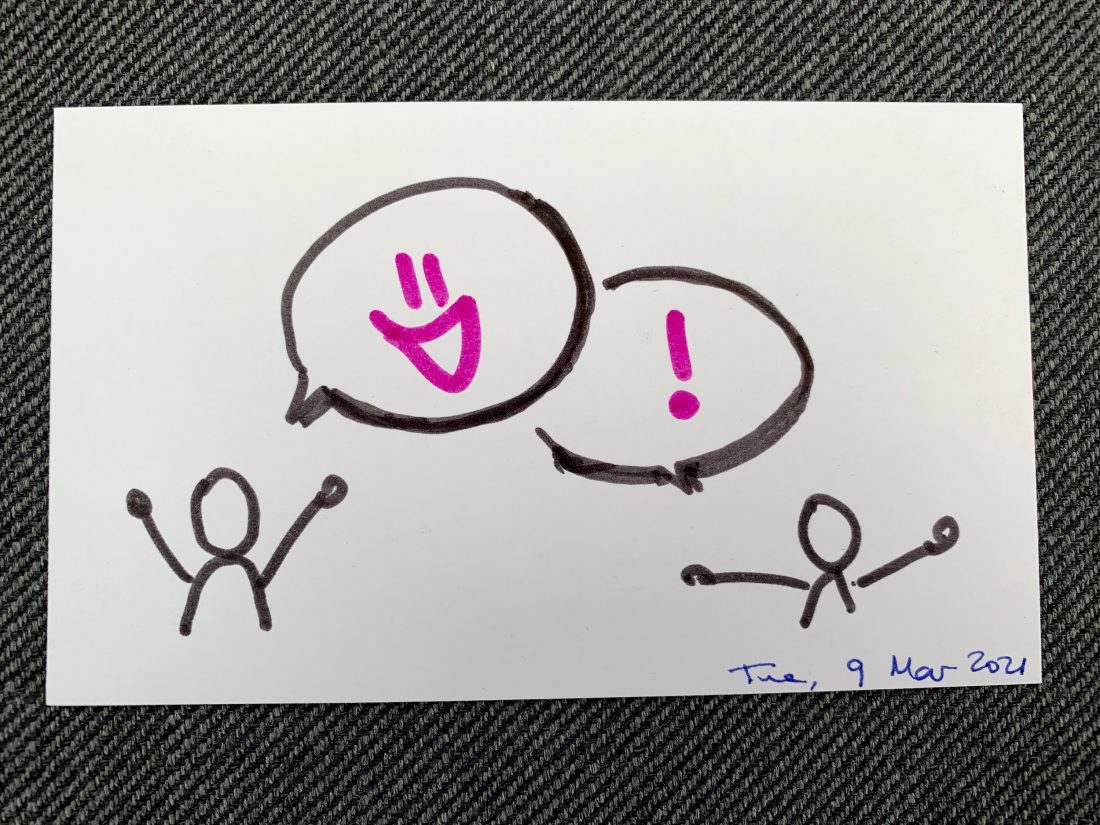 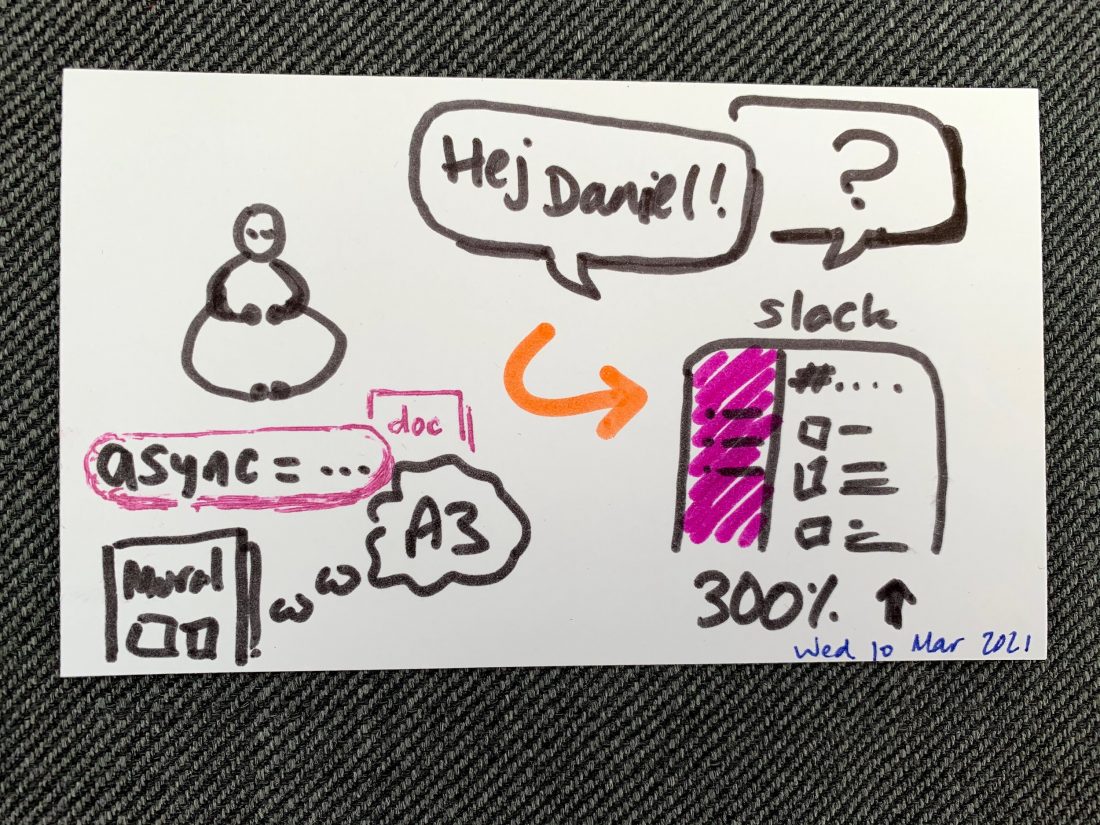 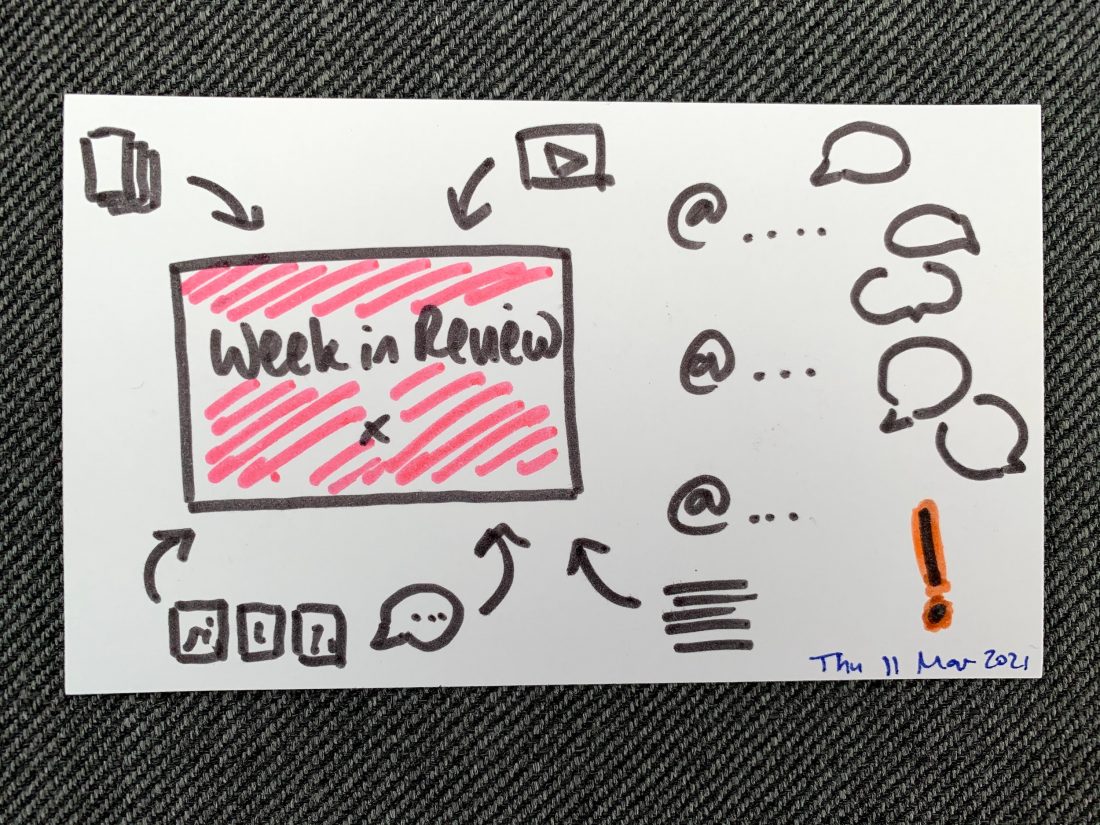 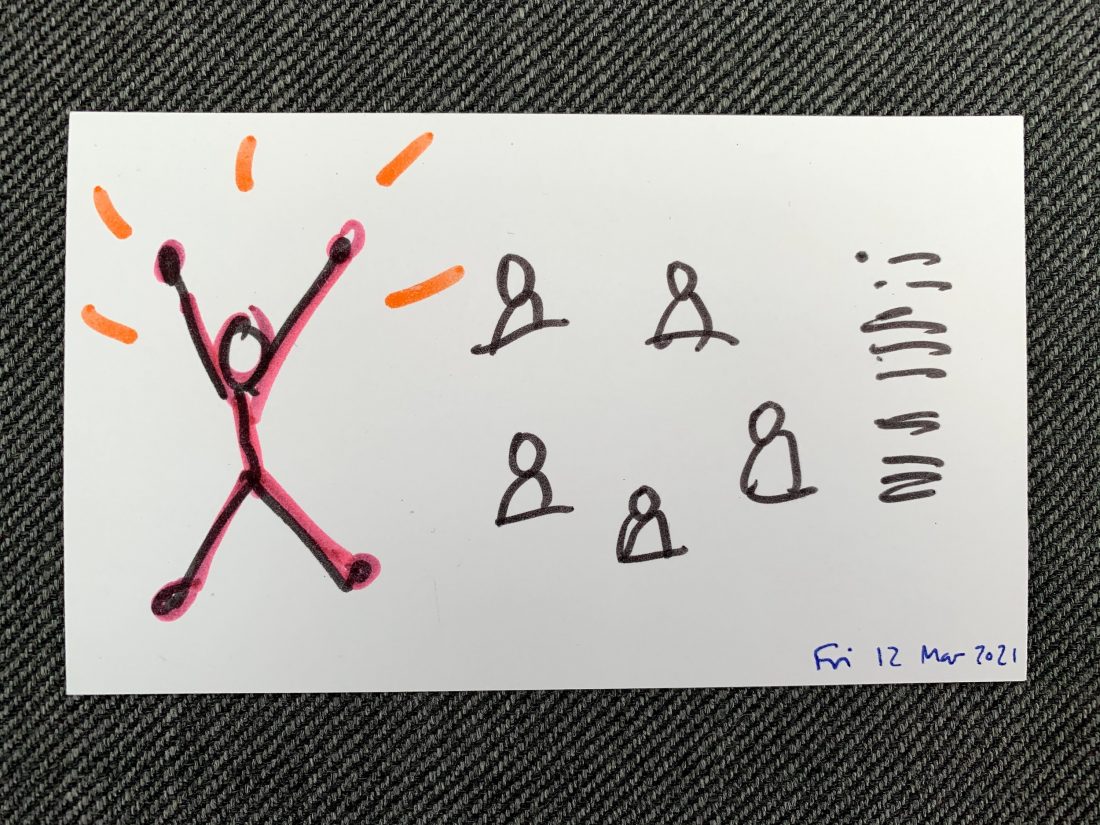 Kathleen relayed that their conversation with Babar prompted questions like “What kind of tools do we have and how well do they work for a diverse set of people?” “Are we making tools in ways that respect diversity?”

Those questions were also on the mind of Jinny Kim, a senior software engineer based in Stockholm who has been participating in Hack Week since she joined Spotify in 2017. After a few years contributing to “traditional” Hack Week projects, she realized that she wanted to explore different ways of working that would benefit her and her colleagues, especially fellow employees with ADHD.

“For the last year, I’ve spent a lot more time reflecting on not trying to squeeze a square Jinny peg into a round corporate hole—and also, how I can work so that I’m not trying to always be neurotypical or blend in, but still deliver quality things,” she explained. “There’s a format we want everyone to use, but distributing that information cross-functionally is really difficult. So one of my hack ideas was to write documentation and create presentations to explain to non-tech colleagues why and how tech does some of the things we do, and whom to ask for help. Even as a person in tech, I need help with some of that sometimes.”

Harnessing her own experience with remembering technical steps for day-to-day projects, she realized she wanted to use time this year to explain tech quality and reliability. “I created a presentation along the theme of how to build things well without burning yourself or your code out.”

And although Hack Week comes but once a year, innovation isn’t limited to the week, nor does it need to remain completely streamlined. “I also knew that I would work on side projects throughout the year anyway,” Jinny said. She relayed that it was more important to “hack on her health.” “In my role, it’s really easy to focus a lot on what needs to be done and on the next thing that needs to be worked on or fixed, so I wanted to spend time mentally zooming out a bit and reorganizing my short-term goals to maximize my output while balancing my energy and happiness levels, without the pressure of day-to-day deadlines and asks.”

As for Kathleen, Hack Week was also a means to an end—they already have a meeting set up with a team member from a completely separate area of Spotify to continue the conversation on asynchronous working. “I think Hack Week is really important because this stuff is absolutely crucial to work on and it’s been hard to prioritize it. And it’s just really important to be able to focus on this and also have other people able to focus on this at the same time,” they said.

“One of the other benefits of the week is getting more people to be aware of the challenge of making space and to come up with responses and ideas to it,” said Kathleen. “I’ve now met so many people through working on this, so many people who are really enthusiastic about it.”

Spotify Is Rolling Out 36 New Languages on Mobile